The Do’s and Don’ts of Visiting The Galápagos Islands: Part I

How do you protect one of the most ecologically important tourist destinations in the world? The answer is easy: You make it seem like you were never there. 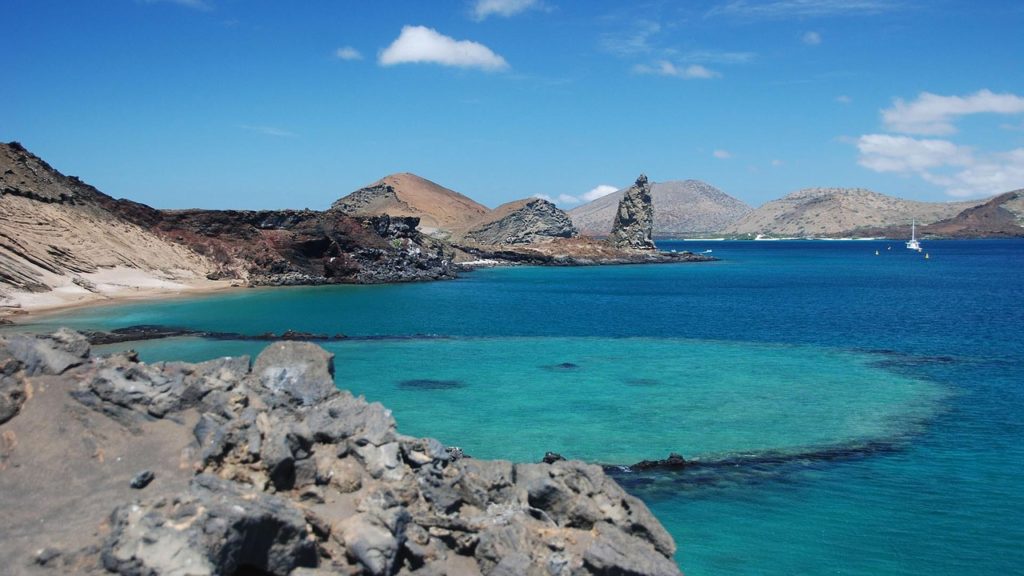 Beauty, tranquility, and fragility await you in the Galápagos Islands.

Look at any “Places To See Before You Die” list, and the Galápagos Islands will be on all of them. Rightfully so; though not the largest national park in existence, it is one of the most diverse. Consisting of 13 major islands, 7 smaller islands, and 107 islets and large rocks spread amongst 23,000 square miles (59,000 square kilometers), not only is this archipelago home to animals found nowhere else on Earth, some of these species can only be found on select islands. That’s why paying a visit to the island can be such a pain. 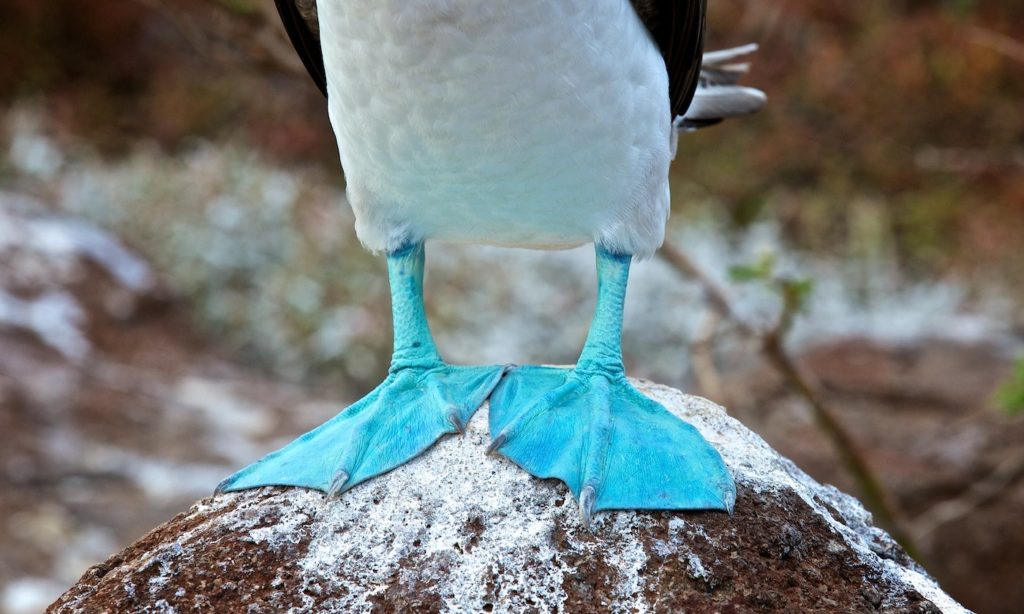 A close-up of the infamous Blue-Footed Booby's namesake feet.

Though often overused, the title of this section is actually true of the Galápagos Islands. To go here is to come as close to traveling back in time as is currently possible. Out of the archipelago’s 20 named islands, five (5) are inhabited by humans—one of these is strictly for Ecuadorian military personnel. This lack of human presence is a large part of what allows the Galápagos to thrive. Unfortunately, it is also what places the delicate balance of its ecosystem in jeopardy. It doesn’t take much of a human presence to interfere with nature.

Unique animals endemic to the Galápagos such as the marine iguana, flightless cormorant, Galápagos penguin, and Galápagos fur seal rely upon their islands remaining relatively unchanged (save for natural evolution) for the sake of their continued survival. The same holds true for the islands’ 180 native plants. This presents a unique challenge, because ecotourism—teaching both locals and international visitors—about the Galápagos Islands’ history up-close, is the best way to ensure that we all have a vested interest in protecting the region. The obvious question is raised: how do we encourage ecotourism, and at the same time, discourage human carelessness? However unintentional, history proves that carelessness upsets this delicate balance.

We asked the latter question to Percy Coll Santillan, manager of our Ecuador team, and he had this to say:

“Several efforts are being made to maintain the fragile ecosystem, such as eliminating alien species from the island so that they do not continue to harm the ecosystem. [Limiting] the entry of new immigrants, in order to maintain the same number of inhabitants on the island. [The] creation of programs such as artisanal fishing, [which] invites tourists to do the activity of fishing and return the fish to the sea. [Helping the islands’] inhabitants with handicraft sale programs, so that this income can be used to cultivate organic species. [Supporting] native species reforestation programs, among other activities…”

To get to paradise… 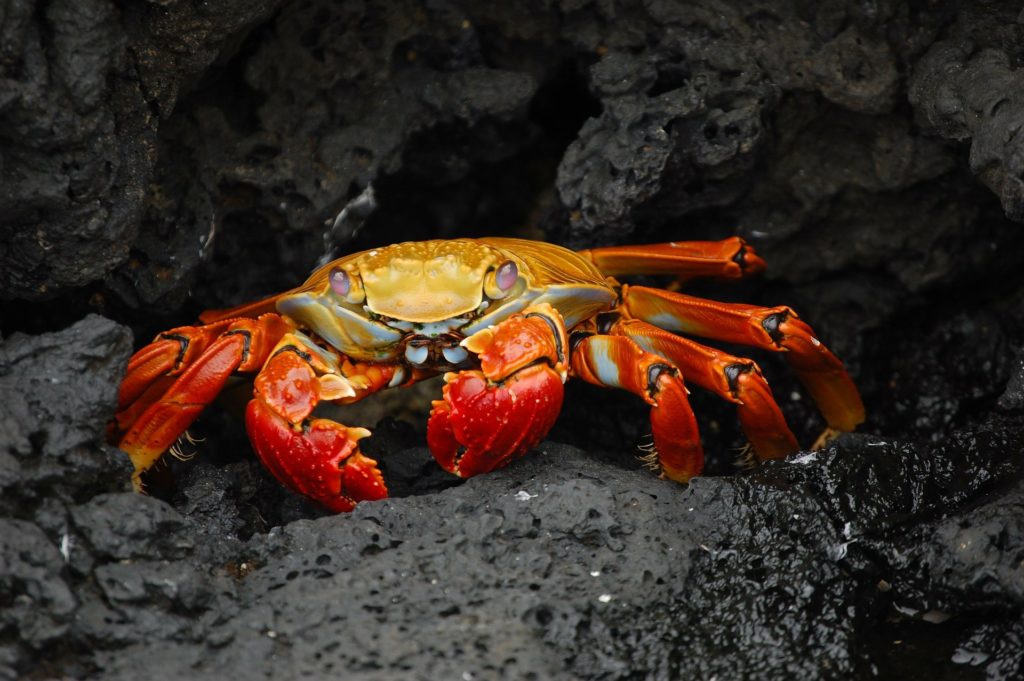 The Galápagos Islands are exquisite, but the trek out there can be miserable. You might prefer a quick pinch from this Sally Lightfoot Crab. Thankfully, we have a better way for you to travel in Part II.

You might not have to go through Hades exactly, but Galápagos Islands travel certainly isn’t a pleasant experience. You endure multiple control areas. Security needs to ensure that you aren’t bringing any invasive species or objects onto the islands. Since you’re waiting to be processed with others who are making the same pilgrimage you are, the result is an uncomfortable wait in a hot, humid, and crowded hall—without any seating. On top of that, the transfer from Baltra Seymour Airport to Puerto Ayora consists of smelly buses without air conditioning. You carry your own luggage, and may not even get a seat! Your ferry is beyond the recommended capacity, and does not follow a regular schedule.

Is there a better way? Yes, there is, but we’ll get to it in Part II of this journey. Awful journey aside, Mr. Coll Santillan says there is a legitimate reason for this protocol, “Mainly to not introduce something that may affect the flora and fauna of the place. [Also] it is slow [for the same reason as any other] state bureaucracy—some government workers who are not committed to tourist activity do not [place great] importance [on giving] good and quick attention to tourists, being unkind and in some cases even rude.”

If you're going to have to jump through hoops, make sure you visit during the best time of the year! Read "Endless Summer II: The Best Time To Visit South America."

Apparently, the pitfalls of bureaucracy are prevalent around the globe, but he did go on to stress the seriousness of ensuring that exotic animals and plants do not reach the islands.

“There have been species that have been introduced to the island and have [devastated] some living beings. Animals such as pigs, dogs, cats, rats, [and] ants have been harmful to the ecosystem by disappearing some species, [and] plants such as guava, blackberries and quinine have invaded ecosystems displacing the native plants of the area.

Based on this experience, the government of Ecuador, through the authority of the Galapagos National Park, are strict in the revision and [allowance of] the entry of animals, plants or any product that may affect the ecosystem. It is also forbidden to remove animals, plants, even stones from the island.”

Think this is overkill?…

The tale of Lonesome George, or, what could POSSIBLY go wrong? 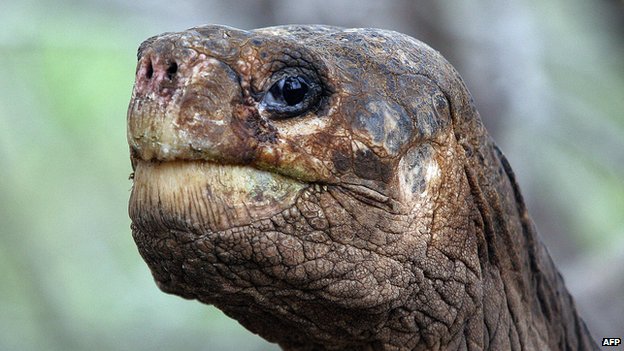 Before the Galápagos Islands became UNESCO’s first World Heritage Site in 1979, travel throughout the archipelago was much more cavalier…unfortunately.

Being the last of your kind isn’t just a lonely life, it can also mean the end of a species. Such was the plight of the Pinta Island Galápagos Tortoise who came to be known as “Lonesome George.” Though he thankfully was not the last Galápagos tortoise in existence, he was ultimately the last of his subspecies—a species which was thought to be extinct in the early 20th Century. George's discovery in 1971, and transfer to the Santa Cruz Island Tortoise Center in 1972, was a miracle. Unfortunately, the joy would not be long-lasting.

No existed for Lonesome George—not in any zoos and not on neighboring islands. Attempts to get George to breed with a similar species proved fruitless.

A second miracle occurred in 2015, when the discovery of tortoises on nearby Wolf Island raised the hopes that both George’s subspecies (the Pinta Island tortoise) and the Floreana tortoise might be “brought back.” Although this colony of tortoises were hybrids, testing revealed that their genetic makeups contained high concentrations of Pinta and Floreana, respectively. “The Telegraph” reported that scientists hope further testing and a selective breeding program might result in species of Pinta and Floreana that possess DNA which is as high as 95 percent identical to that of the original subspecies. As wonderful as this news is, it does make you wonder, “How did it come to this?”

When goats are around, bedlam ensues

Per Galápagos Conservancy, in 1959, a group of fishermen somewhat innocently left three (3) goats on Pinta Island; their rationale was that they would be able to have access to meat as they made their long voyages. They could not anticipate that the meager goat “population” they introduced would balloon to approximately 40,000 in 1970—just over ten (10) years later. After 44 years (2003) Pinta Island is 'goat free.'

Whether or not a partner for George was lost due to the havoc the goats wreaked on Pinta’s vegetation remains to be seen, but even if a female had been located, she and George still would have had to be relocated to the Tortoise Center because the island of Pinta was no longer a suitable breeding ground for its own giant tortoises. …Three (3) little goats decimated an island’s vegetation—this is why the vetting process has to be so thorough.

Need more convincing that you should visit the Galápagos? These 25 photos say what words cannot.

The Ecuador you never knew

Many animals share the islands of the Galápagos Archipelago. You can join them.

Now that you’re familiar with why taking proper care of the Galápagos Islands is such a crucial endeavor, and the responsibility of all would-be human visitors, let’s get on to better times. In Part II of this series, you’ll travel to the archipelago as a VIP, and discover many more Ecuadorian delights. 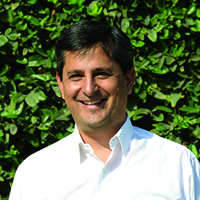