Steep yourself in the unknown, and go see the greatest ruins of the Maya and Inca world. Set deep in protected jungles or high in the Andes, these are the best Central and South American ruins. 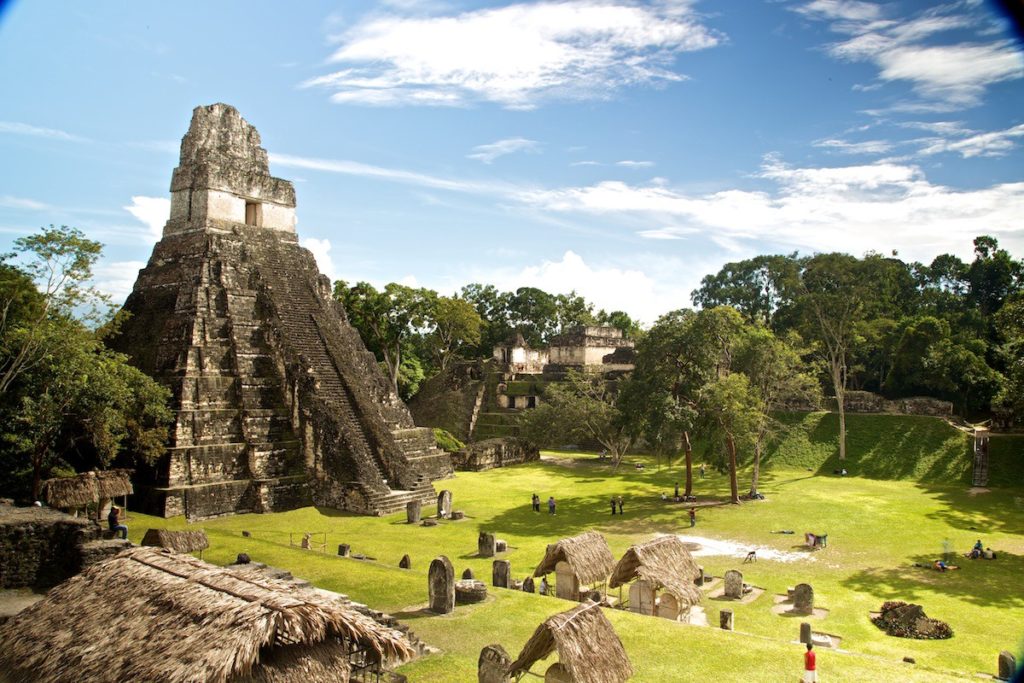 Prepare to visit the past when you explore these Central and South American ruins.

There is much more to see than history when you explore Central and South American ruins. On your hikes to these destinations, you’ll see plants and animals that only live in these rarefied environments. With an experienced guide, you can learn how these bygone peoples lived off the lands.

Many of these civilizations have no written records left — everything has been either lost or destroyed. Because of this, scholars have very little idea of what purpose many of these ruins served. But there’s no wonder about why you should visit. Each of the following ruins has an incredible setting and a fascinating history.

Your voyage to Lamanai begins with a cruise down the New River. Along the way, you have a good chance of seeing crocodiles lolling on the banks, or stealthily blinking from the surface of the water. Lamanai is the Maya word for “submerged crocodile.” 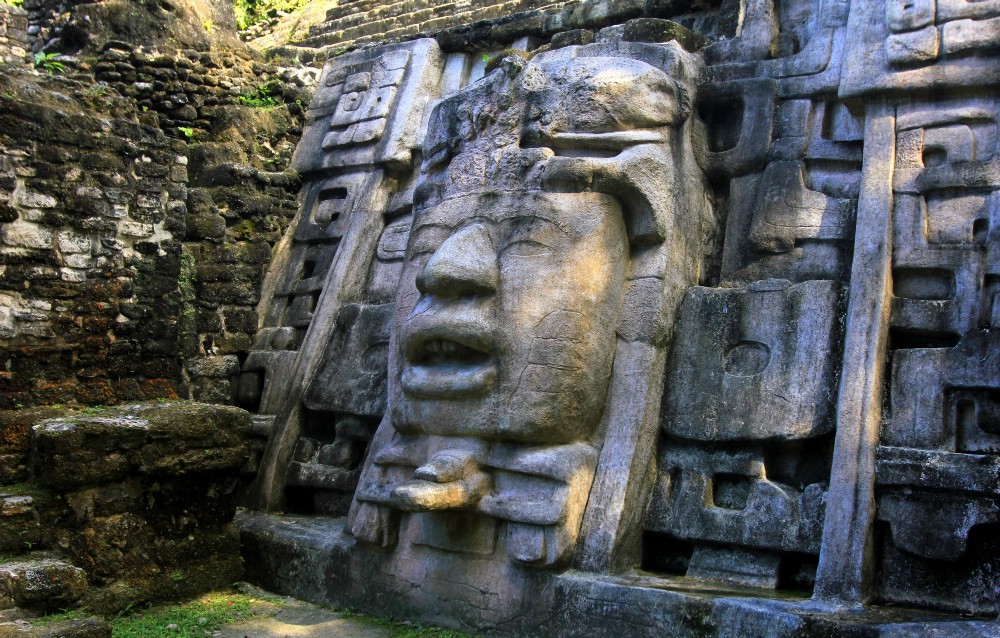 It's not every day that there is a relic waiting to greet you.

Archeologists have uncovered evidence that the Maya began constructing Lamanai as early as 1500 BC. Lamanai has four large temples, some of which hide royal tombs. You’ll also see a ball court, which is a central feature of Maya sites. At the Temple of the Mask, you’ll see enormous carvings of masked faces. One of the masks is a fearsome, stylized crocodile. 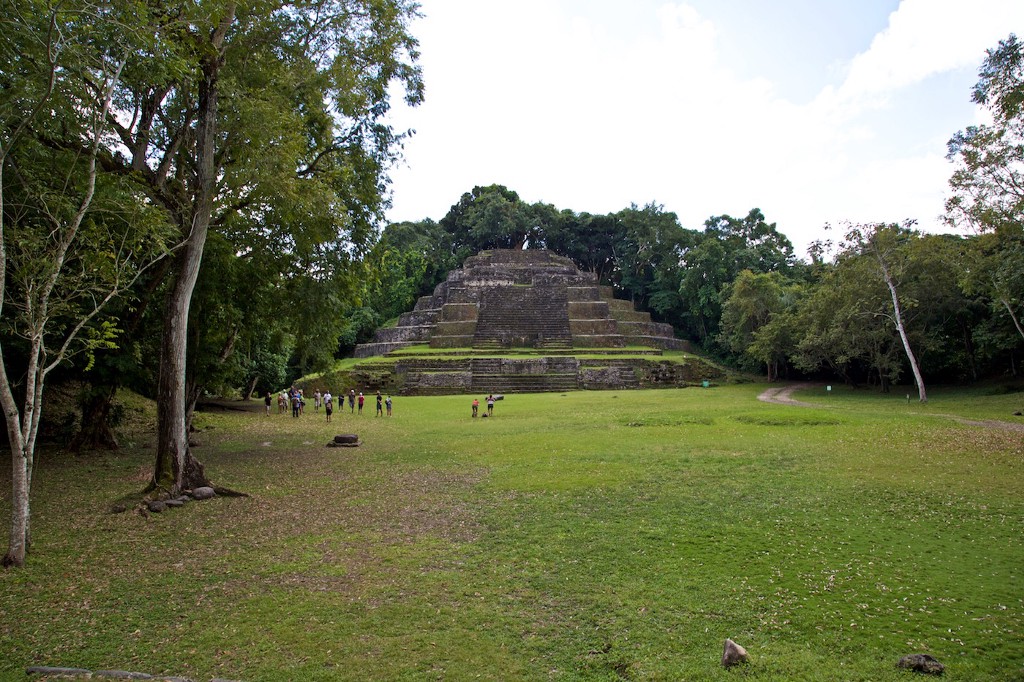 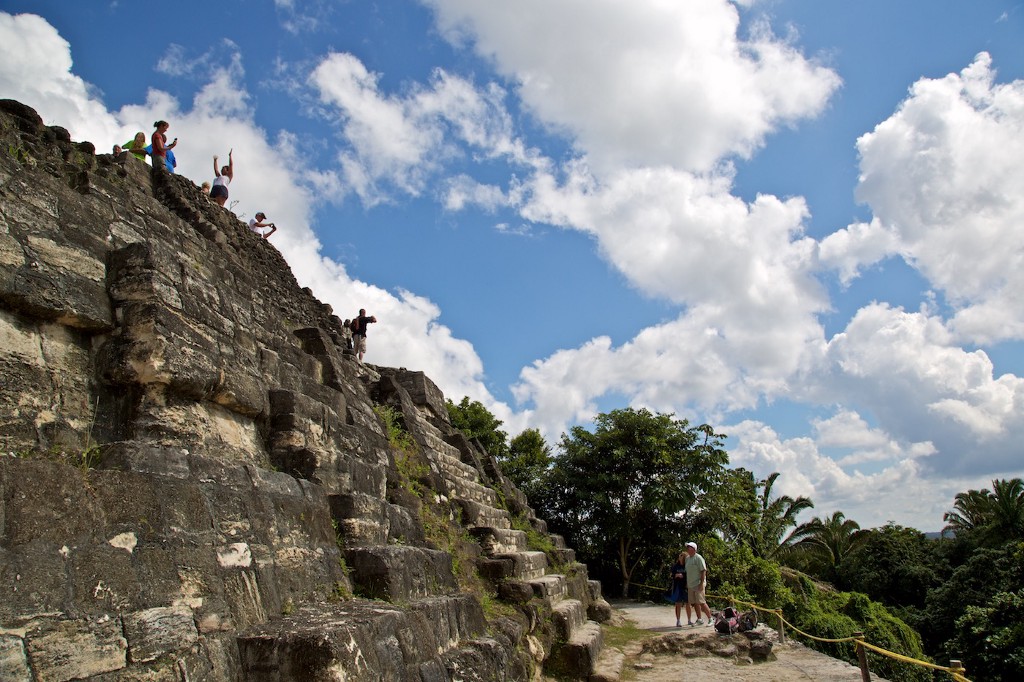 To walk the steps of this temple is to walk in the footsteps of time itself.

You can climb the steps of the temple to survey the sea of jungle foliage. Take a few deep breaths — you can’t get much closer to the ancient Maya than this.

Is exploring Central and South American ruins the end of one adventure, or the beginning of another?

Many miles of protected rainforest surrounds the ruins of Tikal. This is an extremely sought-out area for birders, and a handful of extremely rare species call Tikal National Park home. For a chance to see some of these species at their most active, plan to go on an early-morning tour. 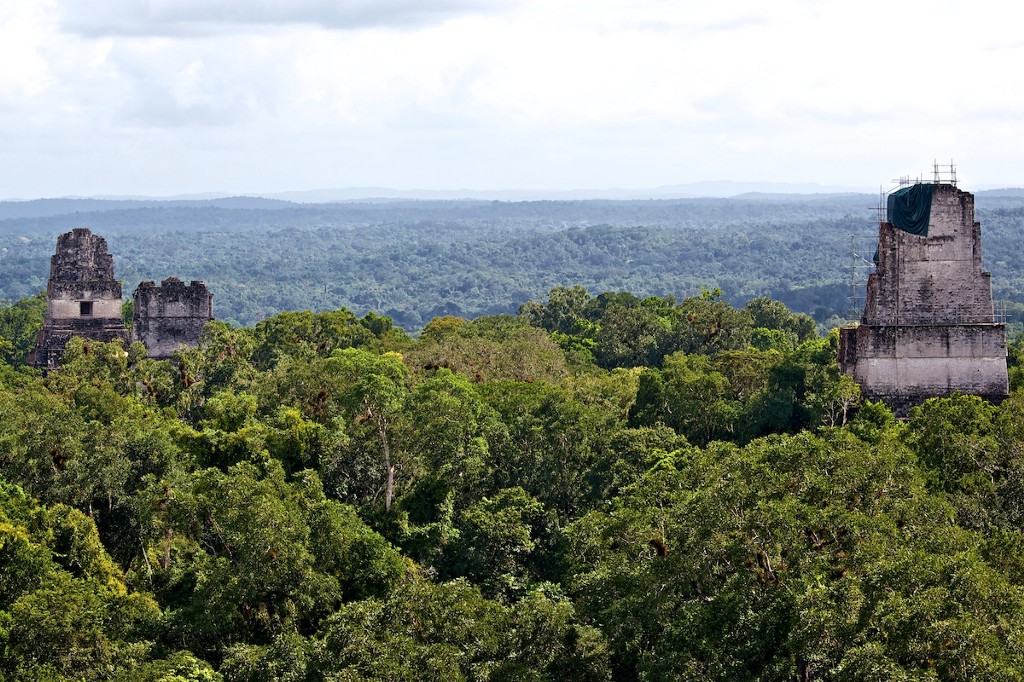 The way this structure is built above the canopy almost makes it reminiscent of modern-day observatories.

The most famous of Tikal’s temples surround a grassy area known as the Great Plaza. This part of Tikal imparts a sense of the glory of the Maya heyday. All of the temples have stepped facades, and visitors can climb to the top of the temples that are deemed sturdy enough by archeologists. The Maya occupied Tikal for well over a thousand years, but most of the major construction booms occurred between the 2nd and 7th centuries AD.

At 230 feet (70 m) tall, the Temple of the Double-Headed Serpent is the tallest temple at the site. 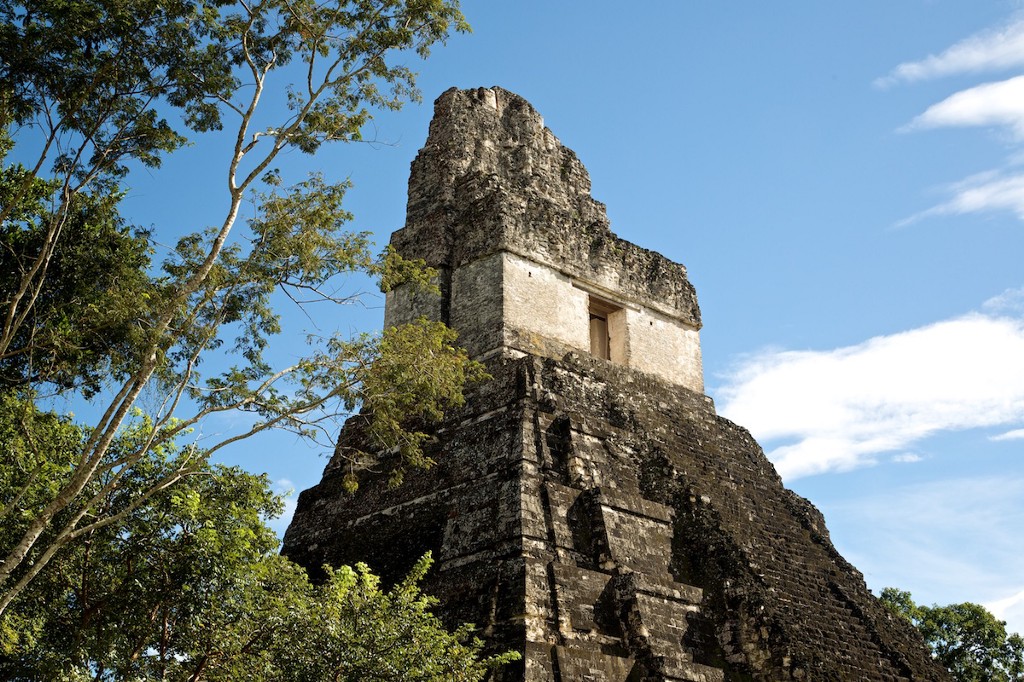 Whether you climb or observe the Central and South American ruins on this list from the ground, you are sure you to collect amazing memories every step of the way.

The Temple of the Great Jaguar (Temple I) served as a tomb for a powerful Maya king. This is one of the temples that visitors can no longer climb, but it’s just as awe-inspiring to look at from the ground.

The same king that commissioned the Temple of the Great Jaguar built the Temple of the Mask (Temple II) for his wife. You can climb to the top and have a view of the jungle that originally belonged to the Maya elite.

Machu Picchu is one of the crowning glories of the Inca empire. You’ll also hear it called a “lost city,” although scholars now believe it probably served as a fiefdom for a single Inca lord. (And it wasn’t lost. Westerners just hadn’t heard of it before the explorer Hiram Bingham publicized its existence in the early 20th century.) On a tour of this 15-century ruin, you’ll see temples, tombs, and fountains. 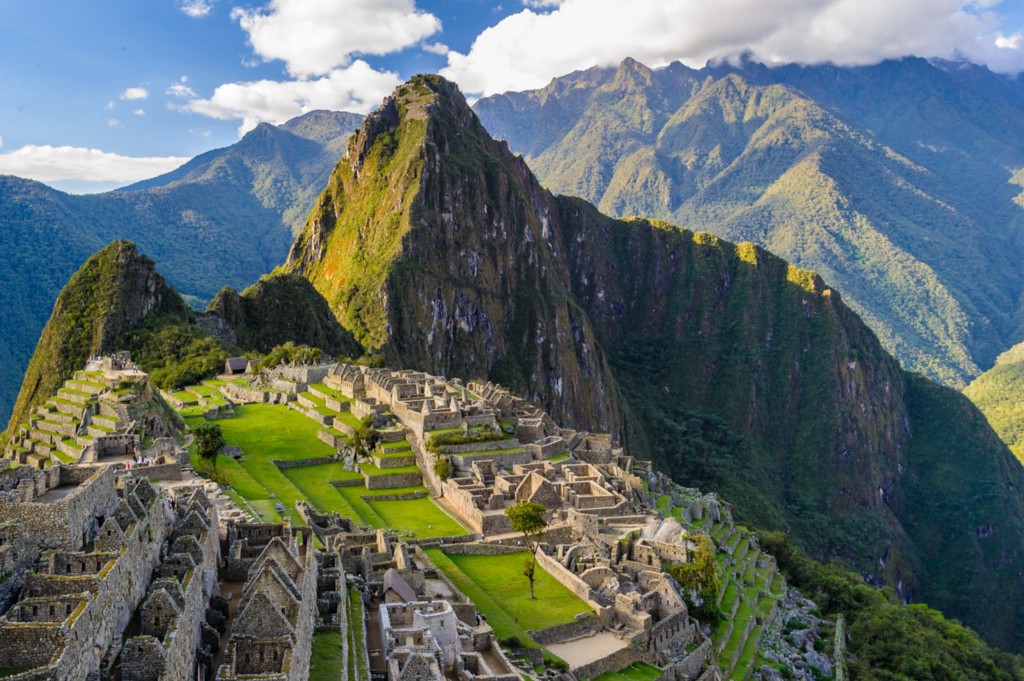 Machu Picchu is absolutely breathtaking, and not just because it's high up in the Andes.

Many visitors to Machu Picchu choose to follow the 4-day trail originally built by the Inca. At the zenith of the hike, you’ll arrive at Inti Punku, “the Sun Gate.” This portal overlooks the ruins, at the top of a path that blooms with orchids. 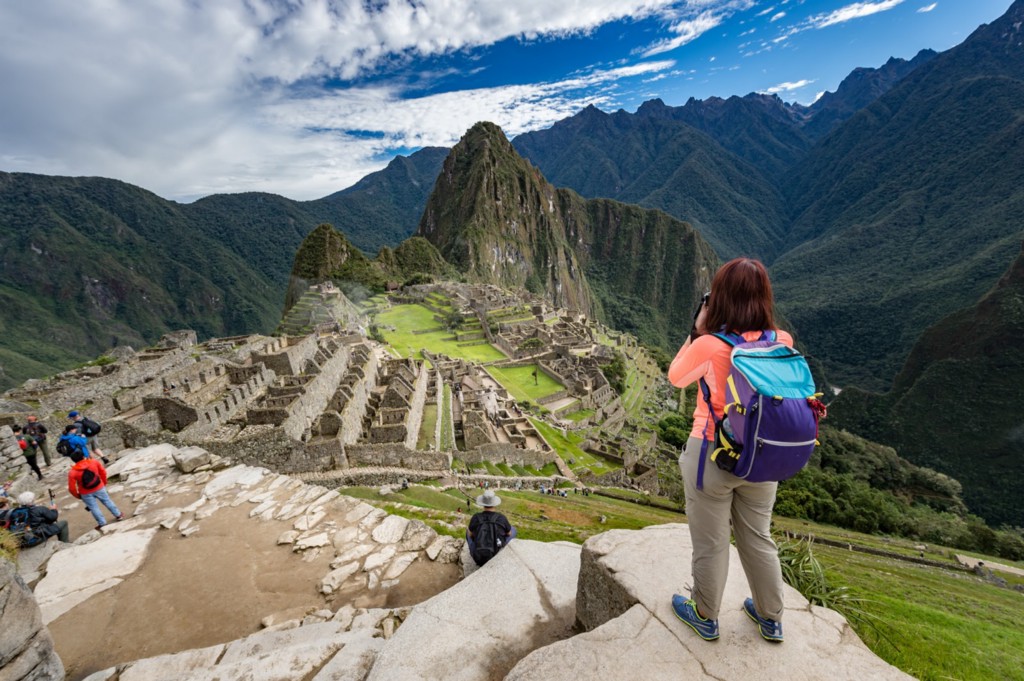 Do take photographs when you visit Machu Picchu, but don't forget to put down the camera once in a while and admire it the old-fashioned way. 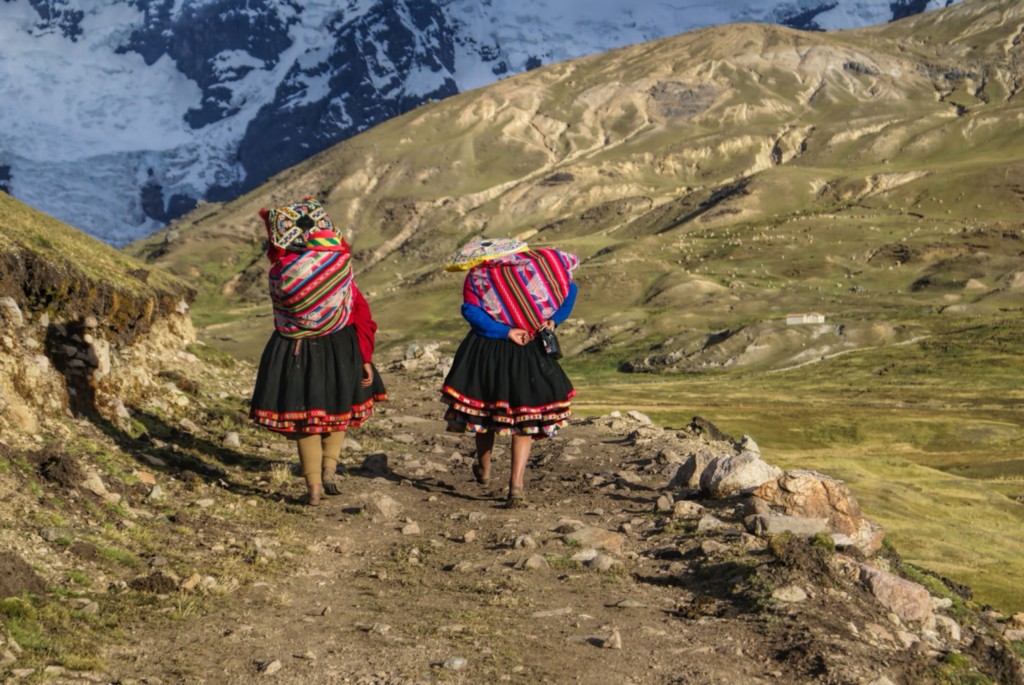 If a visit to the Andean mountain range seems a bit harsh, remember that some people call them home.

You can also arrive at Machu Picchu via a scenic train ride, complete with live music and gourmet meals.

Seriously, it's very important you consult with a travel expert when heading to Peru...

Beautiful Belize closes out our list of Central and South American ruins. When you visit the Maya site of Caracol, you’ll be near an ongoing excavation. Visitors can only see part of the site — archeologists are busy uncovering Maya artifacts right around the corner. 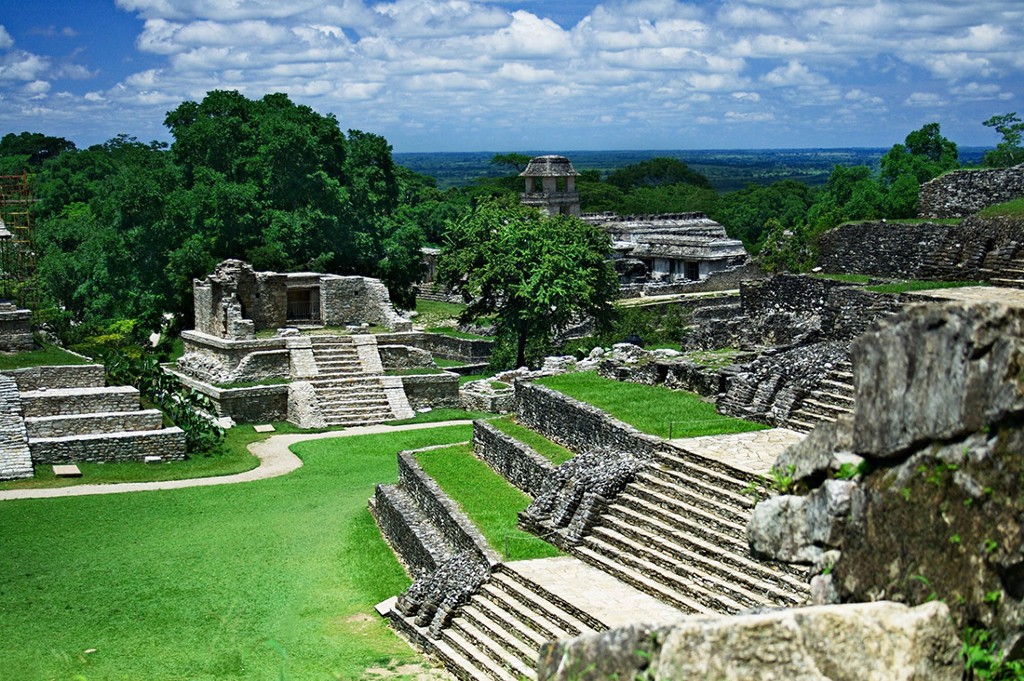 The Maya began construction of this city around 1,200 BC. Caracol was a powerful city, with a long history of triumphant victories. Caracol even defeated the great Maya city of Tikal in battle, which is just across the Guatemalan border. Maya scholars gathered this information from the hieroglyphs carved into Caracol’s temple walls and ball court markers. 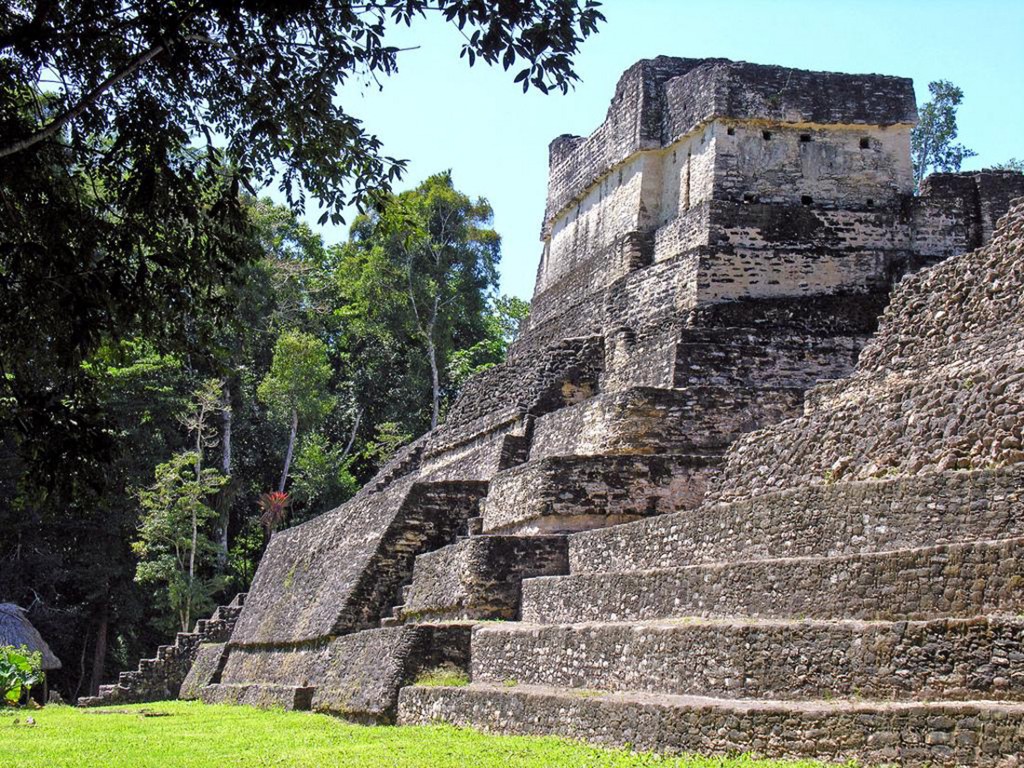 When everyone else is on the beach, you can have an adventure in the Belizean jungle!

You can’t miss the tower of Caana. This is the skyscraper of the Belizean Maya, and at 139-foot (41 m), it’s also the tallest structure in modern Belize. 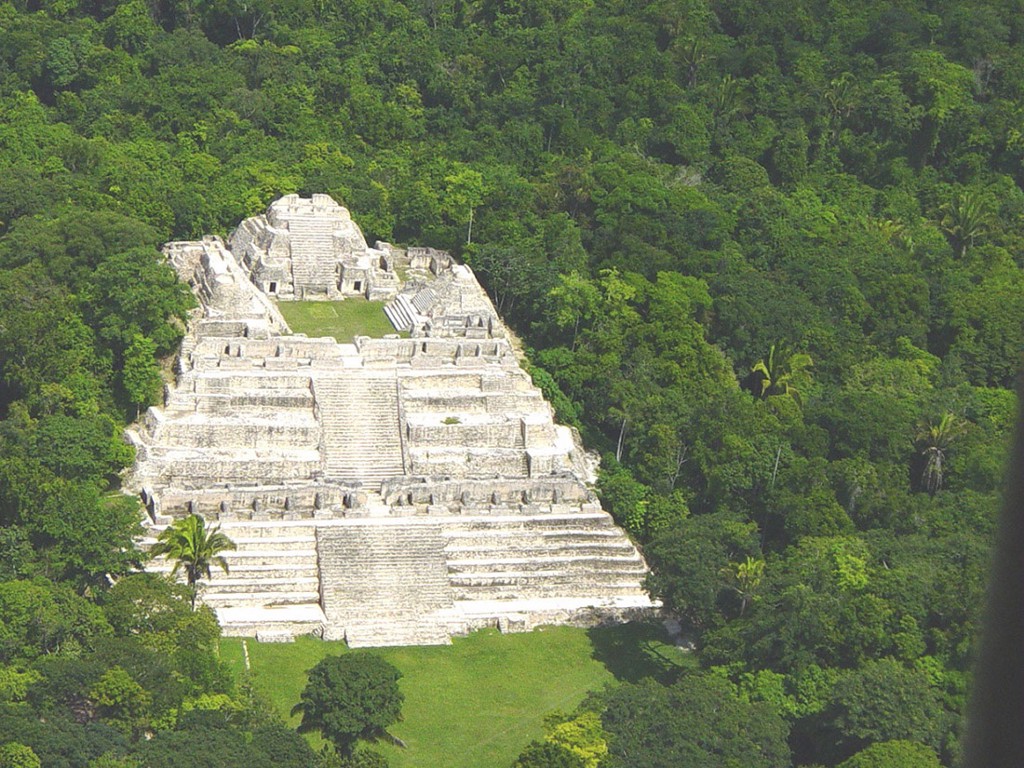 This aerial view shows just how beautiful stone, simple architecture, and the greenery of the jungle can be.