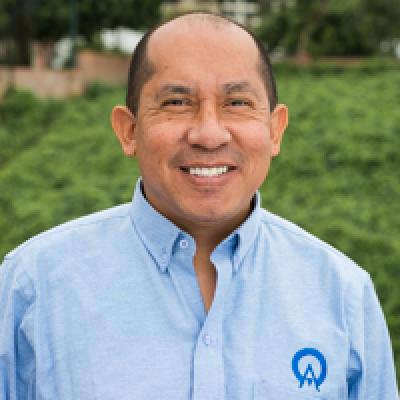 Schedule a callEmail me

I’ve been working in tourism for more than 18 years in travel agencies and tour operators. I was born in Callao, which is a province in the coast of Peru and it is close to Lima province and where is located the International Airport Jorge Chavez which is the main gate to Peru. I grew up in Lima surrounded of archaeological sites near my house there was a 3 “huacas” or pre-Inca Temples named Huaca Palomino, Huaca Mateo Salado and Huaca San Marcos, all of them part of the Maranga Complex belonging to Culture of Lima. When I was a child I used to play there and I could not imagine that it would marked my path in the future. When I finished the high school I studied English, one day after English class I met a couple of Toursit in trouble in downtown Lima, and it was like “a divine revelation” for me, because thanks to that I decided to study Tourism Business Administration. There I met to my actual partners and friends; Henry and Percy. Studying tourism in that time was a bit crazy, because 25 years ago, our country was broken our country was broken and was unsafe due to terrorism, so we do not many tourist, only a few backpackers, so I mean “you really need to love your career” but we bet for a Dream, I think if you love what you do you can do the best”, so my dream was becoming into an ambassador to promote the tourism towards Peru and becoming into entrepreneurs to help our people: family, friends and neighbors. I enjoy Tourism because it allows me to interact with different people and learn about other cultures and learn more about Peru trying to help to the tourists. I love Peru, its people, its food, its culture and its dances. I had the opportunity to live abroad, but I decided to stay here to do something for my country. I travelled for all around Peru first: Cusco, Sacred Valley, Machu Picchu (one of the New Seven Wonder of the World) , Titicaca Lake in Puno (The Highest Lake of the World), The Amazon basin in Iquitos and Puerto Maldonado, the Colca Canyon in Arequipa (the fourth deepest canyon of the world), The Mysterious Nazca Lines and the National Reserve of Paracas, the Moche Route (Trujillo and Chiclayo) where is located the Lord of Sipan Tomb (which is so important as Tutankamon discovery) and beaches in Mancora located in Tumbes. I also travelled almost all over Americas: Guayaquil, Santiago de Chile, Buenos Aires, Sao Paolo, Rio, Bogota, Caracas, San Andres Island, Margarita Island, Martinica Island, Curacao Island, Panama, Costa Rica, Cuba, Dominican Republic, Mexico, New York, Orlando and Dallas. I have worked in all positions in a tour operator, so I know to quote, to make an itinerary, to make reservations and even as Tour Leader of big groups and Incentive Trip, and also as Coordinator for TV Crews. During these 18 years I have travelled 11 years in Carlson Wagonlit Travel which is the one the second biggest Travel Management Company of the World ending in the position of Manager of Incentive Trips and Events. Then I worked for Lima Tours, which is property of TUI Companies, and it’s the oldest and biggest Tour Operator in Peru, I worked the as Operations Manager. My hobbies are: learning more about Peru and its culture, applying technology to all I do, in fact I was the person who applied the use of Ipad as a paging board to welcoming the clients at the airport, making a big difference with the hundreds of agents waiting passengers at the airport. Even more, we are the first ones in putting WIFI of 7Mb in a Van in Lima . I like reading too, my favorites writers are Paulo Coelho, Wayne Dyer, Dale Carnegie, Alan Poe, Nathaniel Hawthorne, Miguel Angel Cornejo, Stephen Covey and Dan Brown. My family is a little bit big, my wife I and our three kids. We like a lot to be together, we like to travel in family, go to the cinema and play with the younger.

What travellers have said about me:

DEC 2021
"Cesar was patient over a very long planning process and paid attention to every detail. He continued to make the trip enjoyable during our visit and was ensuring our comfort every step of the way"
- SAPNA M

DEC 2019
"Thank you Cesar . All arrangements were great . Please note some of the suggestions for Pracas hotel . Great guides , drivers and staff . We have several friends whom we have already recommended Anywhere"
- BERNARD A

NOV 2019
"Everything was just stunning! You are the best option to know Lima and surroundings in a high-level way."
- HUGO R