The Best Chocolate You’re Not Eating—But Should Be

That fine “European” chocolate you’re enjoying may be courtesy of Central or South America. Read this article, and you’ll never look at this tropical fruit derivative the same way again. 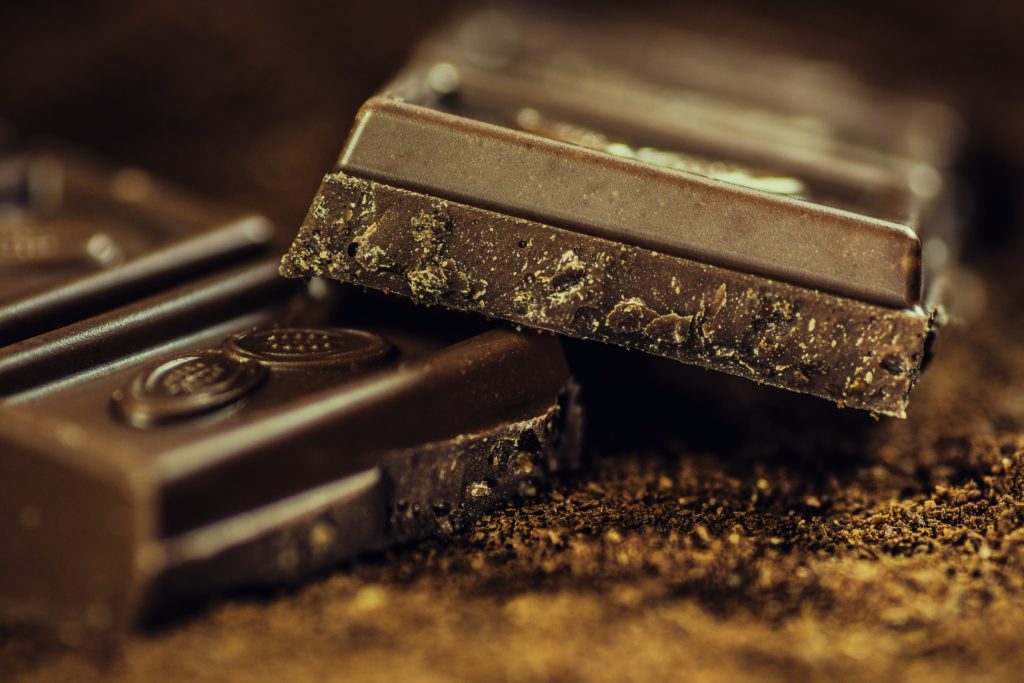 Even the story of chocolate is dark and rich...

Mmm…chocolate. Whether you prefer yours dark, milk, or semi-sweet; liquified, baked, frozen, or turned into a confection; your delicious treat begins with the humble theobroma cacao. Some of the finest cacao and cocoa come from Ecuador, and Costa Rica is getting in on the action too, but we’re getting ahead of ourselves. Once you understand the finer points of producing chocolate from bean to bar, it’ll be no surprise that some of the world’s finest cacao fruit trees come from Central and South America. What is surprising is the fact that more chocolate aficionados don’t seem to be aware of this…

A brief (but delicious) overview of cacao 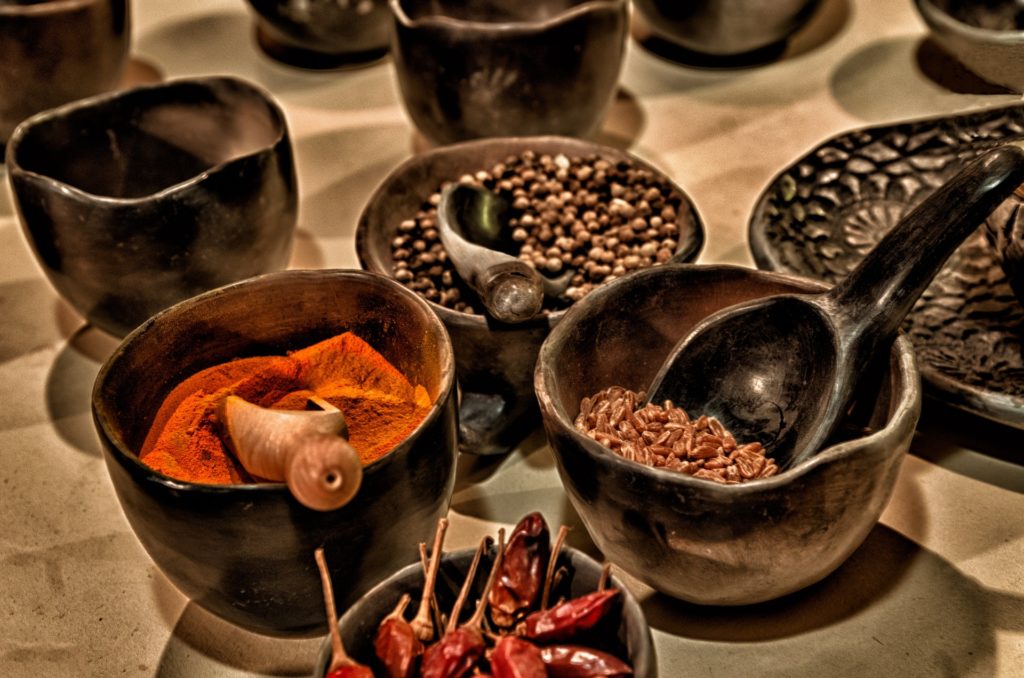 Aztec xocolatl was unsweetened and riddled with spices—making it very much an acquired taste.

Chocolate is a food with an interesting history. It may be one of the few examples of a crop or derivative which has been grown almost exclusively for human pleasure, and not need. In this aspect, it may be one of the world’s earliest desserts. According to "BBC News," archaeological evidence suggests that Ecuador may have been harvesting and consuming cocoa as early as 3,300 BC—well before the Aztecs introduced “xocolatl” to the Spaniards in the 16th Century. As for Costa Rica, the “Tico Times” reports that the country’s chocolate history dates back to when the Chorotega people used cacao as a currency.

So, how is it that two countries with an impressive chocolate pedigree are somewhat unknown for producing this commodity? In the case of Ecuador, the short answer is: globalization. Even in the modern era, we know that globalization brings with it pros and cons. Until the 20th Century, Ecuador was the world’s largest exporter of cocoa, but the cultivation of cacao in British and French held African and Asian colonies; the brutal origins of Belgium’s chocolate reign in the former Belgian Congo; and plant diseases which destroyed crops, ultimately diminished Ecuador’s position in chocolate production. Costa Rica also saw farmers abandon cacao for more lucrative crops when disease struck. Many cacao plantations shut down in the 1970s, when the monilia fungus decimated 80 percent of the country’s cacao crops.

Today, companies are doing their part to continue the tradition of crafting premium cocoa into fine chocolate, with an added eye on sustainability and integrity. While Ecuador and Costa Rica are promoting the viability of cocoa to their local farmers, end-product company’s such as Tony’s Chocolonley are selling chocolate with a cause. Tony’s Chocolonely is dedicated to drawing attention to and eradicating the child labor and cocoa slavery still rampant in Africa—to this day. 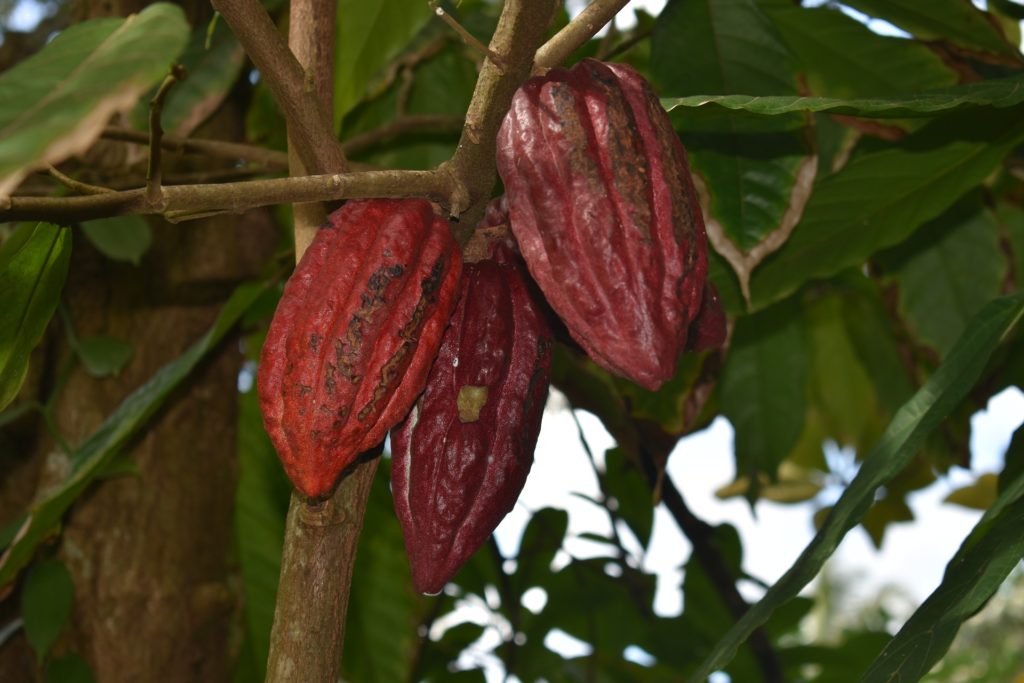 Theobroma cacao fruit on a tree will one day be transformed into cocoa and decadent chocolate.

It’s ironic that what originated in Central and South America has become inextricably linked to the very continent it was introduced to. The misconception behind whom we have to thank for chocolate is largely due to the fact that many of the finished gourmet chocolate products you consume are indeed courtesy of Europe. However, there is a big difference between being the “chocolatier” who crafts beautiful and delicious delicacies out of chocolate, and the “chocolate maker or grower” who supplies the world with cocoa powder and solid chocolate. The former cannot exist without the latter.

Theobroma cacao does not thrive in every environment. In fact, she only thrives within the “cocoa belt”—regions 10 degrees north or south of the equator. These warm regions must also have an abundance of well-dispersed rainfall, but not heavy wind, and high humidity. What's more, not all cocoa is grown equally; the International Cocoa Organization says that of the two categories—“fine” or “flavor” cocoa beans, and “bulk” or “regular” cocoa beans—, “The share of fine or flavour cocoa in the total world production of cocoa beans is just under 5 percent per annum.”

Truly “fine” or “gourmet” chocolate begins in its birthplace, and Ecuador is once again becoming a preeminent producer of both cocoa and chocolate. https://www.icco.org/about-cocoa/growing-cocoa.html 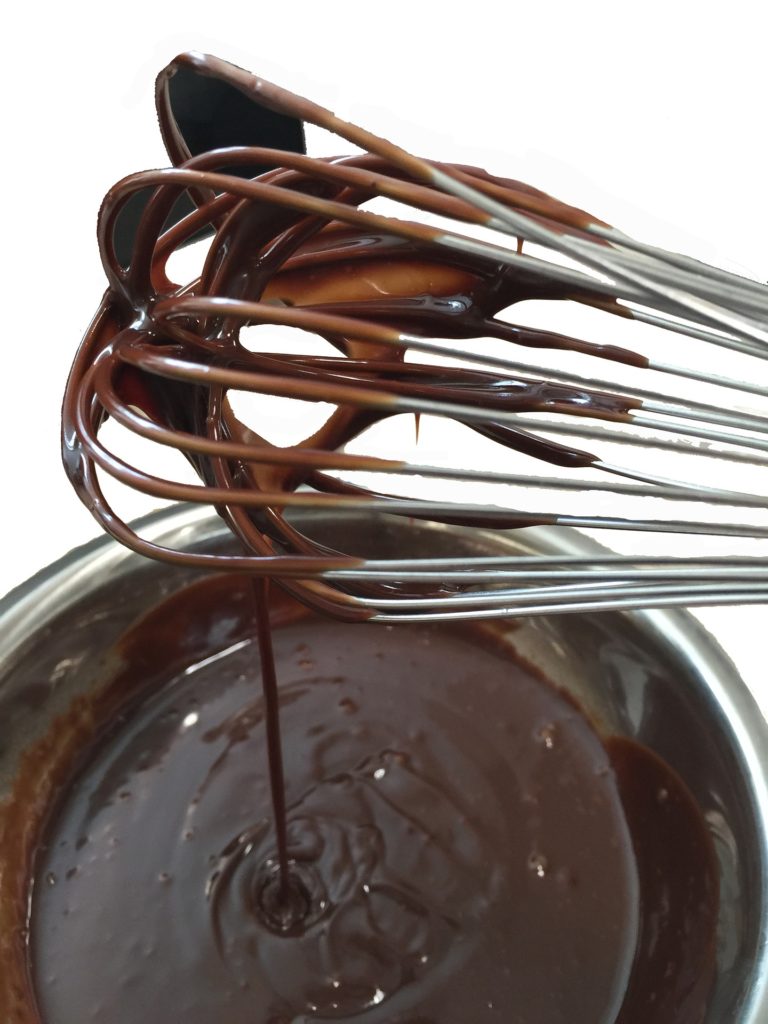 Ecuador and Costa Rica are not only creating fine cocoa, they are becoming chocolatiers—producing gourmet chocolate from bean to bar.

With cocoa plantations reappearing across Ecuador and Costa Rica, there has also come a realization. Growing wthe best chocolate in the word is just the beginning. Many plantations are opting to streamline the entire production process. They are allowing independent chocolate companies to not only source their cocoa, but purchase completed bars at the same time. And, if you’re set up for full-scale production, you might as well put out a little of your own. Hence, the rise of native brands such as Ecuador’s Pacari Chocolates, Kallari Cooperative, and To’ak (the world’s most expensive chocolate), and Costa Rica’s Sibú Chocolate.

While smaller Ecuadorian and Costa Rican cocoa plantations and chocolate factories may not be able to upstage the quantity massive candy brands produce, they are able to easily compete with them in terms of quality. These modest producers are able to give all of their time and attention to creating premium gourmet single origin chocolates. This allows them to make a name for themselves by comfortably occupying a niche in the luxury chocolate market.

Whilst in Costa Rica, sample some of the country's other delights. *Spoiler Alert* This article links to some fantastic brownie recipes!

Ecuador’s chocolate pedigree includes its rare Arriba cocoa beans—some of which come from cacao trees over one hundred years old. The beans are revered for their “fruity, spicy, and complex” flavor. The name “arriba” means “up” or “above” in Spanish, making the cocoa bean’s name a reference to the fact that it grows up-river in the city of Guayaquil.

True aficionados will tell you that a fine chocolate is akin to a fine wine. Quality and nuance depend upon the conditions of the growing year; how the product is stored and handled; and (in the case of chocolate) any ingredients added along the way. This is a crucial position for an independent chocolatier to occupy. These same connoisseurs are willing to pay top dollar for quality chocolate. Provided that in addition to meeting their taste requirements, it is fair trade and ethically sourced. 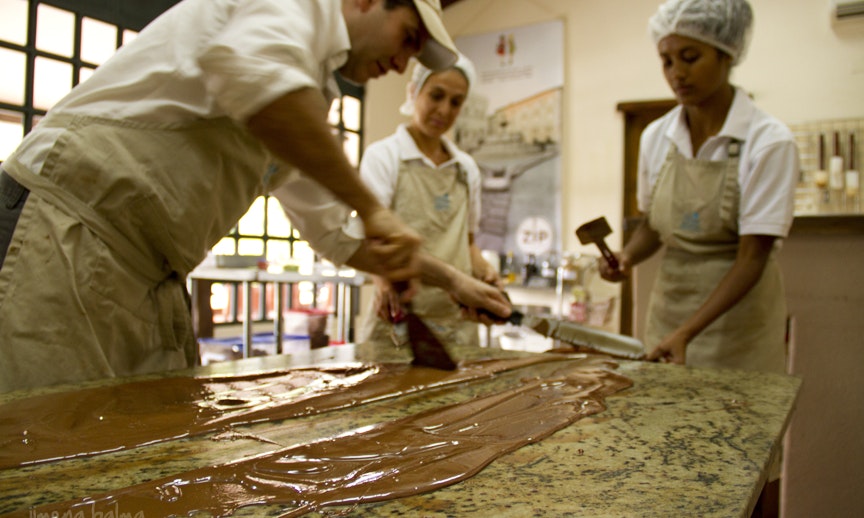 Sibú Chocolate makers pour and spread out their in-house chocolate.

Because a return to cacao production allows many members of Ecuadorian and Costa Rican communities to not only earn a living, but potentially become successful entrepreneurs, getting your chocolate fix is a little nobler. You can indulge your sweet tooth and support local businesses at the same time. Cocoa plantations which pursue the “bean to bar” path are able to employ members of the local community, and begin reversing the trend which once put many families out of business, making this chocolate and globalization at its finest.

The best chocolate in the world?… 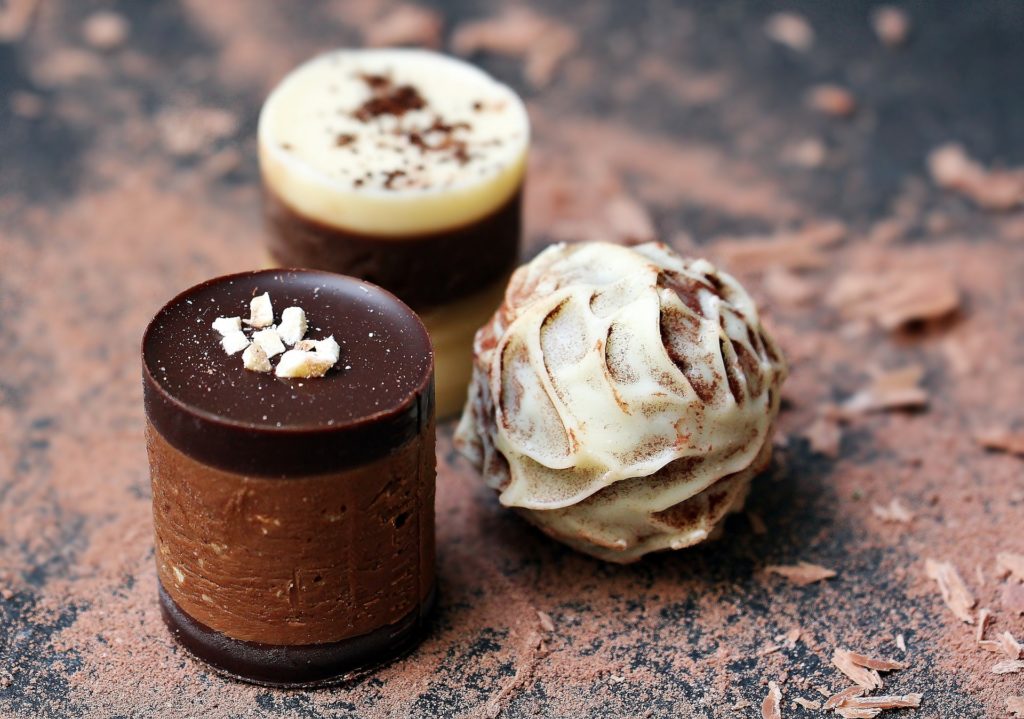 From unsweetened ancient cocoa beverages to confectionary artistry, how will the future of chocolate evlove?

No matter what the judges say, the “best chocolate in the world” will always be a matter of personal opinion. Which is why Anywhere recommends that you take a chocolate-infused vacation. Be an aficionado and an academic—learn firsthand how the cacao fruit grows in paradise. Next, discover how white cacao beans become the rich brown cocoa you know and love. Finally, sample smooth and rich artisanal chocolate at the source. Once you’ve had real chocolate, there’s no going back to sugar-laden candy bars.