On the trail of Hemingway in Cuba

Ernest Hemingway lived in Cuba during the 1950s, and this country’s scenery and culture served as his muse. On this tour you’ll get to see Hemingway's home, areas that inspired his writing, and a few of his favorite bars.

Ernest Hemingway lived in Cuba during the 1950s, and this country’s scenery and culture served as his muse. On this tour you’ll get to see his home, areas that inspired his writing, and a few of his favorite bars.

He lived in house on the outskirts of Havana called La Finca Vigia from 1939 until he left Cuba in 1960. This house has been turned into a museum dedicated to his life in Cuba. The interior of the house (including the books in the study) has remained almost completely unchanged since the day he left.

This tour includes a stop to the fishing village called Cojimar — many have pinpointed its seafarers as the inspiration for his novel The Old Man and the Sea. Hemingway had such an impact on this tour that they built a monument to him. In Cojimar you can also stop at La Terraza restaurant, where Hemingway used to dine on a regular basis.

Your tour will also take you to Hotel Ambos Mundos. This is the hotel where the Hemingway was staying in the 1930s, when he began writing For Whom the Bell Tolls. He stayed in room 511, a room that the hotel has transformed into a Hemingway exhibit.

At the end of the tour you have the option to enjoy a classic Cuban cocktail in one of Hemingway’s favorite bars — choose from La Bodeguita del Medio or El Floridita. Hemingway famously once said “My mojito in La Bodeguita, My daiquiri in El Floridita.”

Havana Vieja is a fascinating neighborhood where Cuba’s people, culture, and history all intersect—it’s where you’ll want to spend most of your time in Havana. With its cafés, live music, historical sites, and colorful streets, it’s easy to spend several days wandering through this enchanting area.

Comfortable walking shoes, a camera, and money for personal expenses.

Kadel was an amazing tour guide. He made sure all of our questions were answered - he is very knowledgeable in Hemmingway as well as Cuba's history. We will be sure to request Kadel again.

Our guide KK was amazing and the tour was fascinating. I’ve never had such personalized service or attention on a tour.

- JULIE T, AUG 2018
Ernest Hemingway lived in Cuba during the 1950s, and this country’s scenery and culture served as his muse. 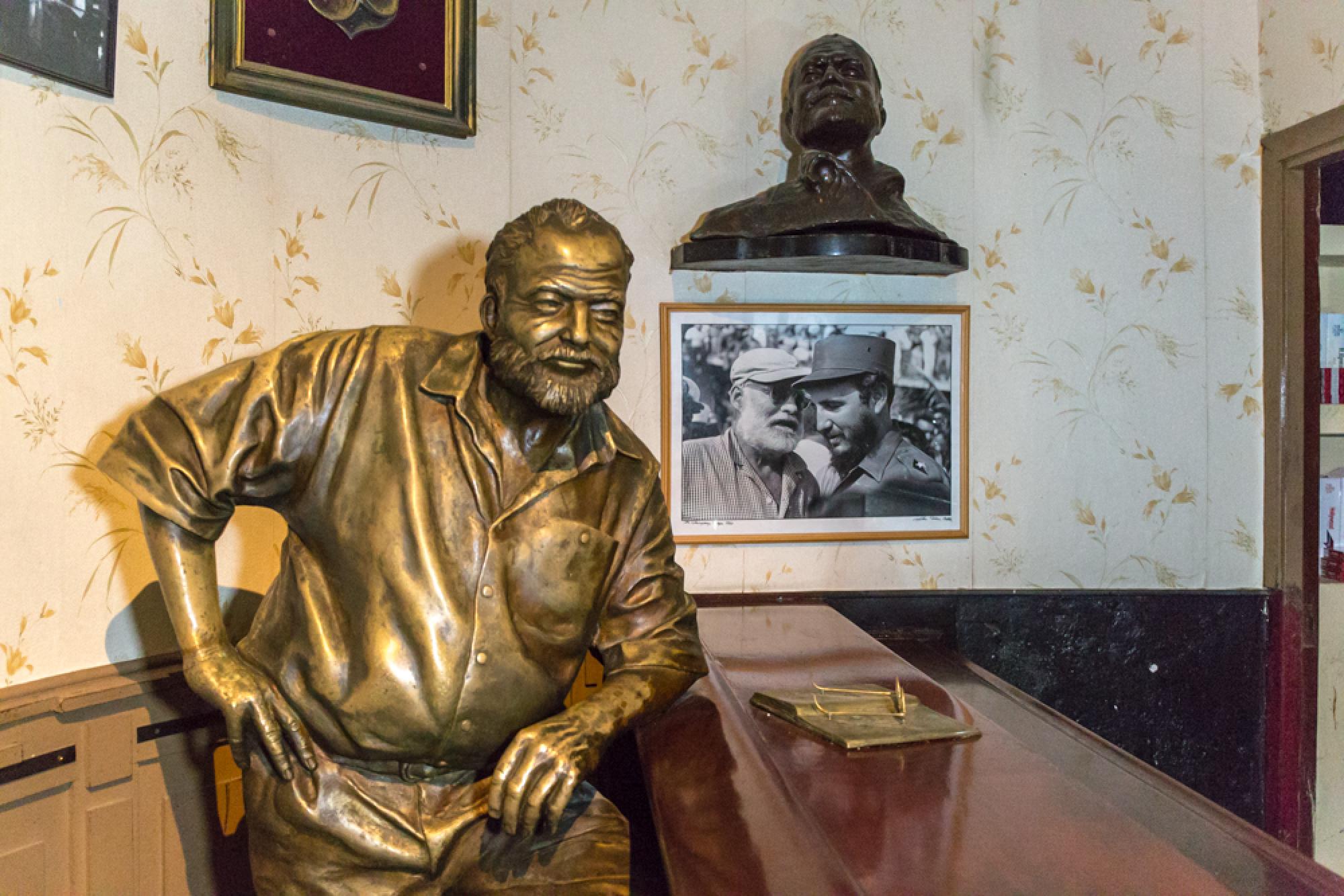 Visit to the Museum of RumHavana