When to Visit Indonesia

When is the best time to visit Indonesia? That depends on where you want to visit, what you want to do, and your tolerance for crowds. Because of its tropical climate, Indonesia has two seasons: dry and wet. The dry season takes place from May to September, making these some of the nicest weather months. But if you can’t make it then, rest assured that you can expect year-round warm temperatures, and the sun usually shines at least part of the day during the rainy season.

The most popular times to visit Bali (and Indonesia in general) correspond with the most popular times for travel in the western hemisphere – around Easter in the spring, during the summer months, and then again around Christmas and New Years, from mid-December to mid-January. During these peak seasons, you can expect hotel prices to be significantly higher, sometimes by as much as 50 percent. From May until September, the overlap of the dry season and summer break means that you should expect some competition for beach blanket real estate on the popular beaches. Throughout Indonesia, the rainy season lasts from October to March, and December thru February are some of the wettest months. The rainy season is also when the high humidity makes the slightly higher temperatures feel more oppressive. Even so, earlier in the rainy season can be a good time to visit – the off-season means that beaches are less crowded, and the prices are generally lower. May and October are the two most popular off-season months for visiting Bali. 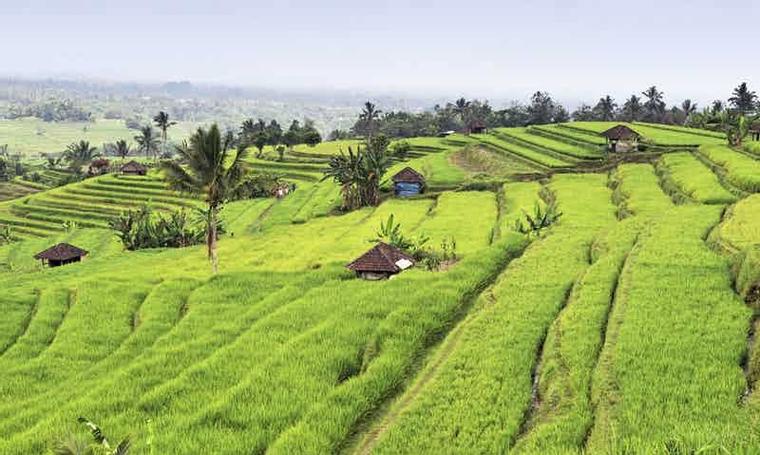 Art and Literature in Indonesia

Crime and Safety in Indonesia

Society and Development in Indonesia

When to Visit Indonesia