These Pacific Queen tours of the Panama Canal offer travelers an up-close look at the Panama Canal—its locks, cruise ships, islands, and wildlife. Both partial and full transits are available.

The Pacific Queen is a large, 300-passenger cruise ship. It has two enclosed decks equipped with air conditioning, as well as a third open-air deck. There is a speaker system that allows the tour guide to narrate throughout the length of the cruise. Additionally, there are six restrooms, a souvenir shop, and a lounge/bar area where food and drinks are served.

The partial transit begins at the Flamenco Resort and Marina near Gamboa. To get here, passengers board motor coaches in Panama City and drive to Gamboa, which takes about 45 minutes.

Once in Gamboa, passengers board the Pacific Queen and head through the Gaillard Cut, which carves through the Continental Divide. This section of the canal is extremely interesting and is packed with both history and geology. While here, you’ll also observe the Panama Canal expansion project.

After traversing the Gaillard Cut’s 8.5 miles (13.5 km), you’ll see the Centennial Bridge, which crosses over the Canal. The Pacific Queen will then enter the Pedro Miguel Locks and be lowered 30 feet (9 m) in one step. You’ll continue into Miraflores Lake, a small artificial body of fresh water, and eventually reach the Miraflores Locks. Here the ship is lowered 60 feet (18 m) in two steps.

The Pacific Queen then heads to the Flamenco Marina, where passengers will disembark. On the way you’ll pass under the Bridge of the Americas and enjoy views of the Panama City skyline and Bay of Panama. In total, the partial transit takes 4 to 5 hours.

The full transit runs the entire length of the canal—from the point of entry on the Pacific Ocean to the exit on the Caribbean coast. This is the best way to get a comprehensive look at the Panama Canal. This tour lasts 8 to 9 hours.

The ship departs from the Flamenco Marina in Panama City. While here you’ll enjoy views of the Bay of Panama and the city skyline before passing under the Bridge of the Americas. The ship will then transit the first set of locks, the Miraflores Locks, where it will rise 60 feet (18 m) in two distinct steps. The ship then enters Miraflores Lake, a small artificial body of fresh water that separates the Pedro Miguel and Miraflores locks. The Pacific Queen will continue on to transit the Pedro Miguel lock, ascending 30 feet (9 m) in one step.

After exiting these locks, the Pacific Queen will pass through the Gaillard Cut, which carves through the Continental Divide. As you transit the Gaillard Cut you’ll be able to observe the canal expansion project. Your trip will continue on through Gatún Lake and pass by the Smithsonian Research Station at Barro Colorado. You’ll also experience the Gatún Locks, which are the only locks along the Atlantic side of the Panama Canal. Here the ship will be lowered 85 feet (26 m) in three steps.

Upon arriving in Colón you will disembark at the Colón 2000 port and take a motor coach back to Panama City.

This tour of Panama City and the Panama Canal provides travelers with an excellent look at some of the area’s best attractions. 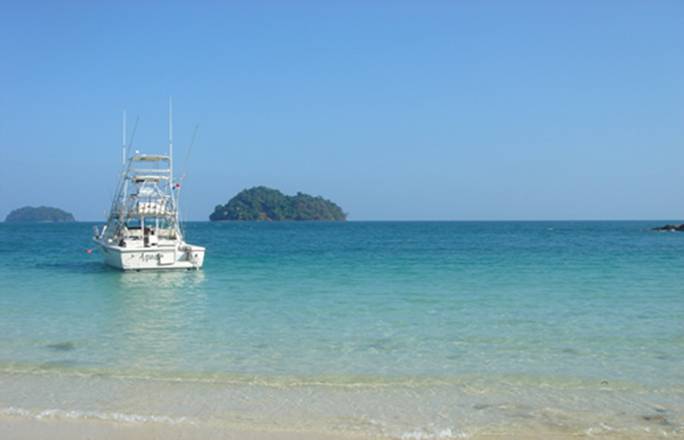 On this tour you'll head out into the Pacific Ocean and go either rock or deep-sea fishing. You'll enjoy lovely views and will haul in some seriously impressive fish. 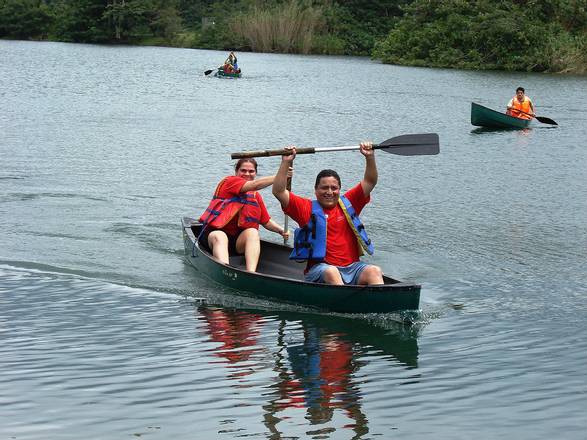 This tour covers some of the most interesting parts of the Panama Canal. Lake Gatún makes up a 21-mile section of the canal. This area used to be a lush valley – it was flooded to make a manmade lake between 1906 and 1914.