Panamanians proudly refer to the Azuero Peninsula as the “heartland” of their country, an apt nickname considering that the peninsula acts as a lifeline of tradition, farming and even partying to the rest of the country. The Azuero has a rich history that dates back to pre-Columbian indigenous groups, as well as a remarkably well-intact Spanish culture, which is best observed in the festivals and architecture that dominate the region. The Azuero Peninsula’s environment tends to be drier than other parts of the country, but its beaches are some of the best in Panama.

The Azuero Peninsula sits just north of central Panama along the country’s Pacific coastline. Its eastern shores look upon the Golfo de Panamá, while its western shores border the Golfo de Chiriquí. The eastern part of the peninsula is the most developed, with roads running through the main towns of Chitré, Las Tablas, and Pedasí. It is in this portion of the peninsula that most visitors will likely spend their time.

Towns in the Azuero Peninsula are unlike others in the rest of Panama. Red-tile roofs and ornate ironwork decorate Spanish-colonial houses, and clean, stately streets give way to central plazas lined with shady trees and 18th century cathedrals. The townspeople move at a leisurely pace, seeming to have nothing but time on their hands.

Chitré and Las Tablas are the largest towns and some of the most cultural. Chitré is near the remnants of an 11,000-year-old civilization, but has a lively history of its own, which can be glimpsed in its churches, museum, and plazas. Nearby, the tiny town of Parita provides visitors with a wonderful look into Panama’s Spanish-colonial past, as does the attractive town of Pedasí, which lies farther down the peninsula.

Most Azuero towns explode with activity during the annual celebration of Carnaval, an all-out party that occurs during the four days preceding Lent. Las Tablas’ Carnival – complete with dancing clubs, elaborate floats, and drinking at every hour of the day – is Panama’s best.

And while the Azuero towns can provide interesting cultural experiences, the natural areas along much of the peninsula are wonderful as well. The east coast beaches are similar to those in central Panama, but are far less developed and crowded. Most are wide, expansive, and composed of grey or black sand. The adjoining Pacific Ocean is often calm and good for swimming, though in places like Playa Venao, which lies in the southeastern corner of the peninsula, some wonderful surfing can be had. The waters off the coast are filled with big fish and offer up spectacular sport fishing opportunities, the best of which is for tuna.

Several natural reserves are pleasant to visit, including those of Isla Iguana and Isla de Cañas. Just outside of Pedasí, Isla Iguana offers visitors stunning white-sand beaches and calm coastal waters, as well as wonderful snorkeling and scuba diving opportunities. Farther down the peninsula, Refugio de Vida Silvestre Isla de Cañas is Panama’s most important nesting site for sea turtles along the Pacific coast. It is visited by five species of sea turtles – the olive ridley, Pacific green, loggerhead, leatherback, and hawksbill – and presents visitors with a chance to see one of nature’s most spectacular sites.

Craving some of the more well-known tourist destinations in Panama, visitors often skip making a trip to the Azuero Peninsula. While there is no denying the beauty of Panama’s hot spots – namely, Bocas del Toro, mountain towns like Boquete and El Valle, and the San Blas Islands – it would be a shame to miss out on the wonders of Panama’s heartland. **** 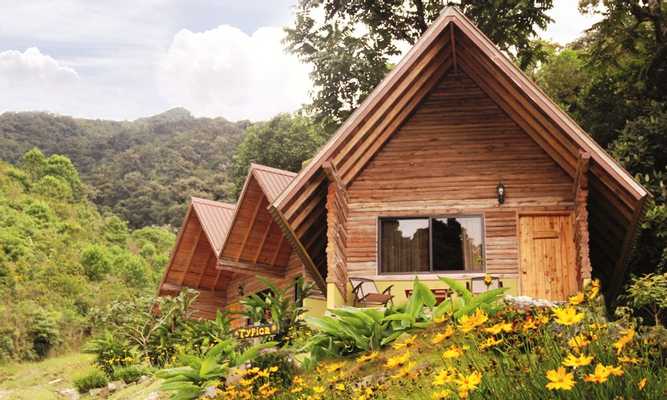 Panama
We Went from Coast to Highlands

Customer Reviewed I have used Anywhere 3 times now. There is room for improvement but I would recommend.

Where to go in Azuero Peninsula, Panama