City Tour and Nearby Ruins

Cusco is a modern city coexisting with an ancient and dramatic past. In the ruins surrounding the city, you’ll see the remnants of a complex belief system and highly-sophisticated engineering.

Qorikancha and the Church of Santo Domingo form a single monument to the religious struggle between the Spanish and the Inca. Qorikancha was built by the Inca as a temple to the sun. They covered the walls in gold ornaments.

In an important showdown between the Inca and the Spanish, the Inca ransomed their captive king in exchange for a large amount of gold, including the gold on the walls of Qorikancha. Once the Spanish had defeated the Inca, they destroyed most of the temple. The sturdy stone walls remained, and were incorporated into the construction of the Church of Santo Domingo, first opened in 1666. The altar of the church gleams with gold, in the elaborate baroque style of the colonial-era Spanish.

Continue your tour of colonial Cusco at the city's Plaza de Armas. On either side, you'll see two huge, baroque style cathedrals. In the middle of the plaza, you'll see an especially beautiful colonial fountain.

Just outside of Cusco you’ll reach Sacsayhuamán, an enormous Inca fort. It was constructed from huge stones that were transported over great distances. Sacsayhuamán was the site of a major battle with the Spanish. Like so much of Inca architecture, the design of the site probably had some astrological significance.

Nearby, several smaller ruins present a mystery. There is no way to know what purpose the constructions at the Kenko or Tempu Machay sites served. Kenko is believed to have been a shrine, with steps that lead to a flat surface used for performing animal sacrifices. You can still see carvings of animals in the walls. Tempu Machay is a fountain and a series of baths that flows with water from a distant spring. It may have served as a spa.

Puka Pukara, located across the road from Tempu Machay, is a small ruin made of pink granite rock. Because of its elevation, some scholars believe it functioned as a watchtower. No matter what it was, it will provide you with the perfect vista of the surrounding area. Taking in Cusco and its surroundings, you can return to the city appreciating how much Inca culture still defines the modern-day Cusco.

These tickets allow you to visit a number of attractions in the area. Some of these attractions are visited during the course of this tour, while others are not. You can use the ticket after the tour is over to visit the attractions that are not covered in the tour. Below are the places that each ticket allows you to visit, as well as the length of time that each ticket is valid. Think about how long you'll be in Cusco and what you want to see before you decide on a ticket. We can help you with this, too.

JoseLuis was an amazing guide! We learned so much from him, much more than what we could have gotten from books. He also moved our start time to the morning to avoid tour group crowds which was a great idea. This tour was a really great day

Our guide Jose Luis was great!

- EDDIE A, SEP 2019
Cusco is a modern city coexisting with an ancient and dramatic past. On this luxury train ride to Machu Picchu you’ll get to speed through the pastoral beauty of the Sacred Valley. First you’ll take a 4-hour train ride, and then a 30-minute bus ride up the side of the mountain. On they train voyage you’ll get to eat, drink, and enjoy live music. 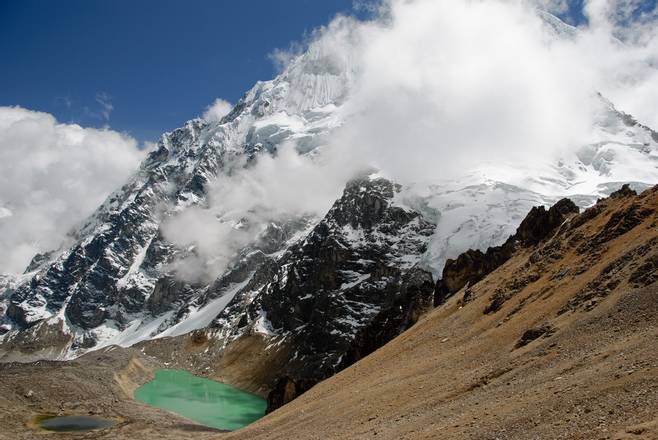 This tour offers an alternative option to treks on the Inca Trail. Over the course of 5 days and 4 nights, you’ll hike across beautiful mountainous environments as you make your way towards the crown jewel of Peruvian archeology—Machu Picchu.

On this tour you’ll spend a day exploring the great variety of attractions the Sacred Valley of the Inca has to offer. In the marketplace at Pisac you’ll have the opportunity to buy crafts made by Peruvian artisans. Then you’ll visit the valley itself, and hike through an Inca ruin in one of the nearby mountains.