This city tour serves up some of Lima’s best attractions and introduces travelers to the city’s pre-colonial, colonial, and modern periods.

This tour starts with a panoramic view of the Pucllana Pyramid (also known as Huaca Pucllana), a ceremonial center built in the 4th century AD. This adobe pyramid is considered sacred by the Incas, and is a good place to take photos and revel in ancient culture.

Next up is the historical center of Lima, where you’ll appreciate more than fifty monuments, including the Paseo de la República, the San Martín Square, the Main Square, the Government Palace, the Archbishop’s Palace, the Cathedral Basilica, and the City Council Palace. You’ll visit the Museum of the Banco Central del Reserva, which houses a collection of colonial currency, pre-Columbian ceramics, textiles, and paintings.

The San Francisco Convent is next. This 16th-century convent has one of the largest collections of religious art in the Americas. You’ll also visit the convent’s catacombs – these underground vaults were once used as a public cemetery, and some still house arrangements of skulls and bones.

Travelers don't have to trek into the Andes to see vestiges of Peru's ancient civilizations. Lima has a large number of historical ruins, and Huaca Pucllana is one of the best.

The Plaza de Armas is the beautiful central square of Lima. Here you will find impressive architecture on all corners and surprises in the adjoining streets. The plaza constitutes the historical center of Lima and is surrounded by magnificent buildings, some of which date back to the 16th century.

This was a fast paced tour of the history rich city of Lima, Peru. The guide quickly, but carefully, took me on a tour the most historical plazas and surrounding museums, cathedrals, and government buildings. The guide was very helpful and showed an interest in the same sites of interest that I had by slowing down to answer and explain any questions. This is a great introduction to the history of Lima.

Milu was very professional and knew lots of facts. We enjoyed her stories.

Lima is a huge city and Fernando did a great job of showing us the highlights -- different districts, the main square near the cathedral, visiting the catacombs, walking in the old town by the post office, train station, fish market and more. We got a nice overview in a short amount of time, which is all we had available. Again, it just gives us a reason to come back to Peru.

- PATTY G, JAN 2018
This city tour serves up some of Lima’s best attractions and introduces travelers to the city’s pre-colonial, colonial, and modern periods. 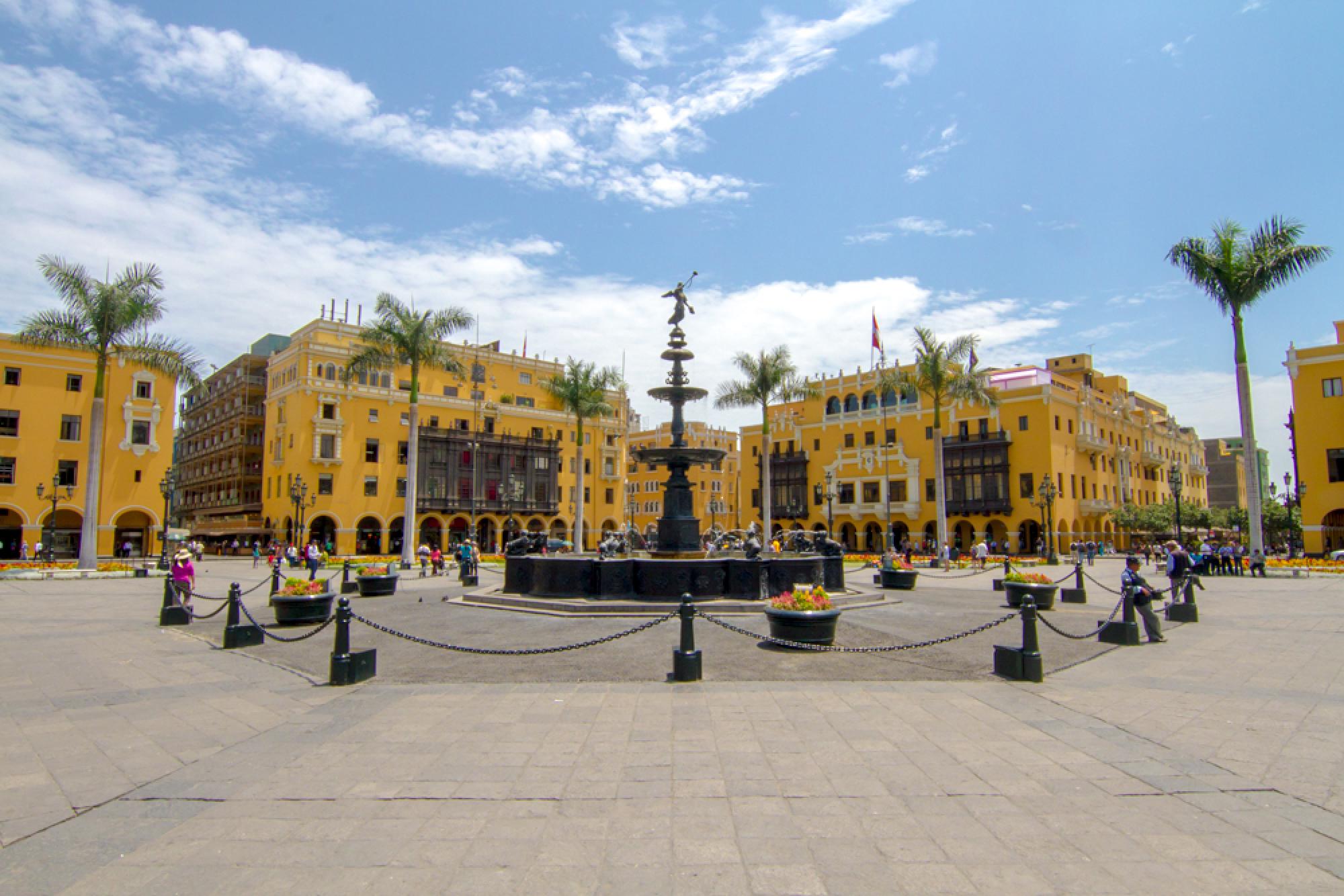