Machu Pichu’s vast ruins have a distinctly Inca layout. Scholars have discovered that many of the site’s buildings have astrological significance. With a design inspired by the stars, Machu Picchu has an implacable hold on the imagination of everyone who tours it.

From Ollantaytambo, you’ll board a train that will take you on a 2-hour journey through the scenic mountains. As you wind your way up and down slopes, you’ll have a spectacular view of the seemingly endless Andes.

During your tour, you’ll get to see the Royal Tomb, the most famous of Machu Picchu’s constructions. It is believed to have once held the remains of an Inca king. Built out of an existing cave, Inca builders added smooth stone steps. Some steps allowed priests to climb to the tomb’s three altars. The longer staircase leads to the Temple of the Sun, and a small house that may have housed a high priest.

One of Machu Picchu’s many complex fountains is just outside the Temple of the Sun. Since the 15th century, spring water tricking through elaborate fountains has made up the delicate background noise of Machu Picchu.

There are several more temples and sites of spiritual importance in Machu Picchu. Buildings that used to serve as temples sit on either side of the plaza known as the Sacred Square. Unusually large stones make up one the temples, the Temple of the Three Windows. Its three giant windows overlook the main square of Machu Picchu. Across the Sacred Square, make sure to stop by the main temple. This temple has several altars, one of which is impressively large. We don’t know what was sacrificed here, but the variety of altars suggests an assortment of offerings.

Several elements of the Machu Picchu site point to the fact that this site supported a large population. Just like modern Peruvian cities, buildings in Machu Picchu surround grassy plazas. On either side of the central plaza, you’ll observe low buildings that comprised the living quarters of the many laborers that called Machu Picchu home.

After exploring Machu Picchu, the tour continues to the restaurant at the nearby Sacred Lodge. Fill up on a wide variety of Peruvian cuisine at this all-inclusive buffet. Once you’ve polished off dessert, you can look forward to the scenic train ride back to Ollantaytambo. 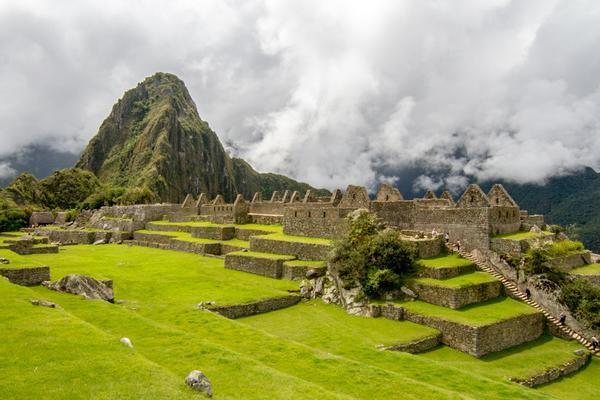 Machu Picchu is the bucket-list tourist attraction and the highlight of many peoples’ trip to Peru; the vastness, location and detail of the ruins make it unmissable. Without a doubt this is the crown jewel of Peruvian ruins.

Our guide José was so educated on Inca history--we learned so much! Would highly recommend!

It was a beautiful train ride toward Machu Picchu. We loved the river and the small villages. Our hotel experience was the best. It was located in a perfect place and the walk around town was easy to access.

Our guide Nataly was awesome. She was very professional and punctual. The train ride went smooth. 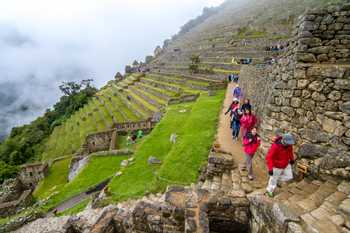 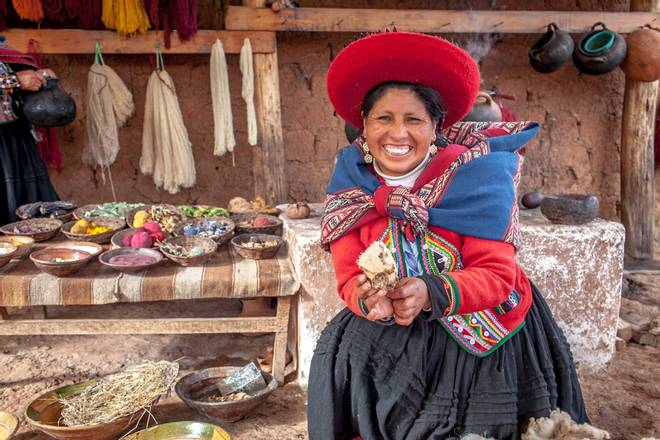 The Cusco region has many of its most interesting destinations folded into the pockets of the Sacred Valley. Take a tour Chinchero, Maras, and Moray for a full day of sightseeing some of the most striking innovations of the native Andeans.

Based on 645 reviews
Trustpilot
A PERFECT vacation experience in Peru!
I keep raving about Anywhere.com, especially in Peru. Cesar customized our trip based on the attractions we wanted to se...
Aug 29, 2021
– Raisa S.