This tour of the city and monastery will bring you to the following attractions.

The Plaza de Armas, or main square, of Arequipa is centered around a large fountain. It’s bordered on all sides by stunning white stone buildings.

Presiding on one whole side of the square, the Cathedral creates awe-inspiring areas both inside and out. First built in 1612, the cathedral’s profile is unmistakable, both for its enormous size and the pair of matching white towers. Inside, the high vaulted ceiling, light color palette, and flanks of columns create a breathtaking space.

You’ll also visit the Iglesia de la Compania, which was built by the Jesuits. Noteworthy for its intricate carved details, the church has wooden doors that seem built to mythic proportions. Inside there is a large number of colonial paintings.

Next door stand the Claustros de la Compania. These walkways encircle courtyards that today are inhabited by upmarket stores rather than monks. The mesmerizing carved stone continues on columns lining the perimeter.

The Monasterio de Santa Catalina is an enormous complex that was built in 1580; it is one of the largest attractions in Arequipa. To name a few of its attributes, this convent has three major cloisters, living quarters, a chapel, café, art gallery, and mortuary with portraits of inhabitants of yore.

Carmen Alto and Yanahuara are two neighborhoods just north of Arequipa. From these pretty spots, Arequipa’s stretches out below, giving you another perspective of the buildings you see during the city tour. On clear days, you can also see the three volcanoes near Arequipa.

Top tour, one of my favourites. So interesting!

Arequipa was beautiful and so was the Monastery

- RITA A, OCT 2015
Set in the foreground of the scenic El Misti Volcano, Arequipa’s white stone architecture is truly a sight to behold. 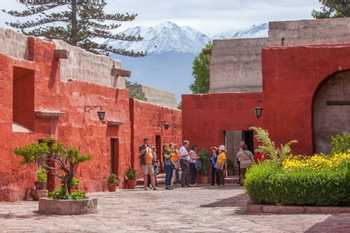 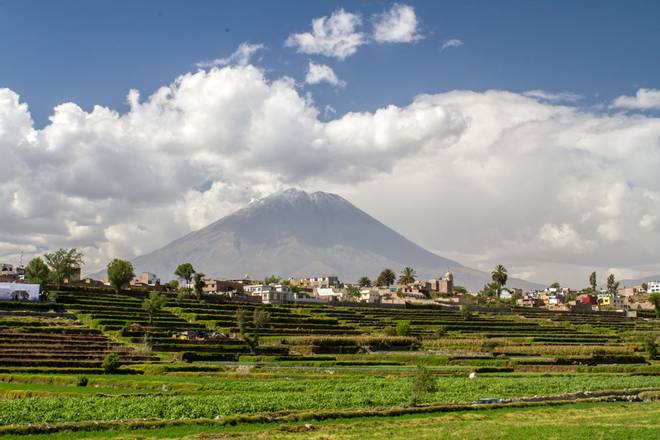 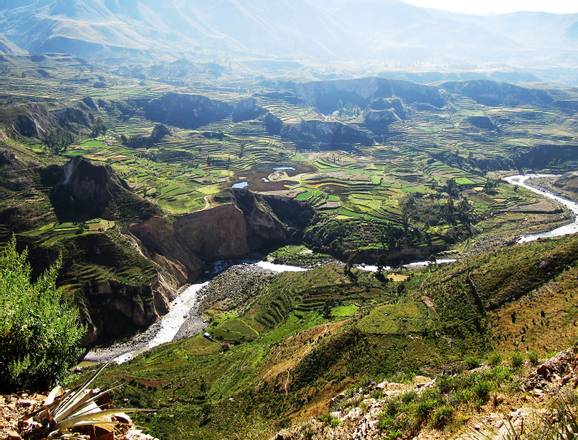