Snuba tours make it easy to take your snorkeling experience to the next level. With Snuba equipment you can get a taste of scuba diving without any experience or lessons. You’ll get to swim to a depth of 20 feet (6 m) below the surface of the water, allowing you to get a closer look a the marine species that live at the Hol Chan Reserve.

Snuba equipment covers your mouth and nose, like a regular scuba diving mask. Instead of carrying tanks of oxygen with you, your equipment attaches to the oxygen on the boat via a long tube. This makes it easy to breathe while you remain safely tethered to the boat.

Mexico Rocks Marine Reserve is a shallow patch reef complex located off the far northern tip of Ambergris Caye, in the Belizean Barrier Reef. The Montastraea annularis patch corals that dominate here are unique to Ambergris Caye's northern lagoon and a rare occurrence in Belize; the only other such patch reefs in the country are located at Glover's Reef. The area is known for conch, banded shrimps, arrow crabs, flounders, stingrays, yellow tail snappers, and an assortment of butterflyfishes and angelfishes.

Hol Chan Marine Reserve is approximately 4 miles south of San Pedro Ambergris Caye. Hol Chan is Mayan for "little channel". It is the single most popular day trip from San Pedro, perfect for snorkeling or diving. The reserve covers approximately three square miles and is divided into three zones. Each one is clearly marked by buoys. The entire reserve focuses on a cut through the reef which is little more than 25 yards wide and 30 feet deep. The cut is open to the sea beyond the reef, so allows marine creatures to travel from the outside of the reef to the inside and vice versa. Over 160 species of fish have been recorded in the reserve, along with forty types of coral, five species of sponge, two sea grasses, three species of sea turtle and three marine mammals. You may spot adult blue striped grunts, French grunts, white grunts, gray snappers, French angelfish, gray angelfish. The seagrass beds have parrotfish, hogfish, and occasional turtles. Manatees are rare visitors. Shark Ray Alley has nurse sharks, rays, and occasionally other fish.The Hol Chan Marine Reserve has clear Caribbean water, so you can see a good distance in every direction.

On your Snuba trip you’ll have the chance to see stingrays, small nurse sharks, and sea turtles. Swim around the reef to look at the spiny sea urchins and unusual underwater plant life. 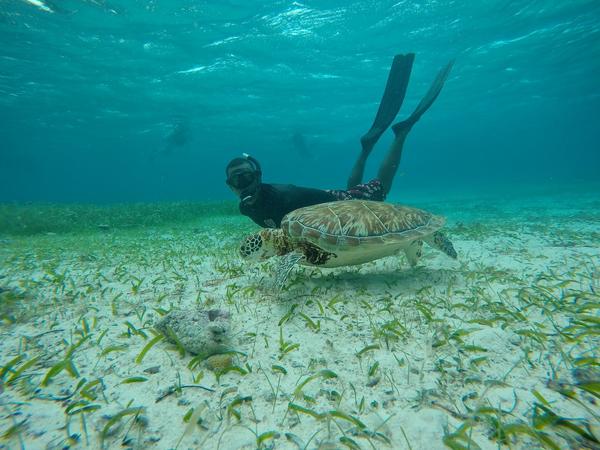 The quick ride out to Hol Chan Marine Reserve makes this the most popular half-day tour for visitors staying at Ambergris Caye and Caye Caulker. Set aside in 1987, this reserve covers an area of 3 square miles (7.8 sq km) and is found off the southern tip of Ambergris Caye. As a result, this area of the Belize Barrier Reef supports healthy populations of fish and colorful coral. Turtles, nurse sharks, grouper, jacks, reef fish, and barracuda are just a few of the species you might see here. The reef ranges from 10–30 feet (3–9 m) deep and most guides take snorkelers along the outer edge of the reef. While this site is great for beginner snorkelers, as well as divers, swimmers should pay attention to currents which can be strong throughout the reserve. 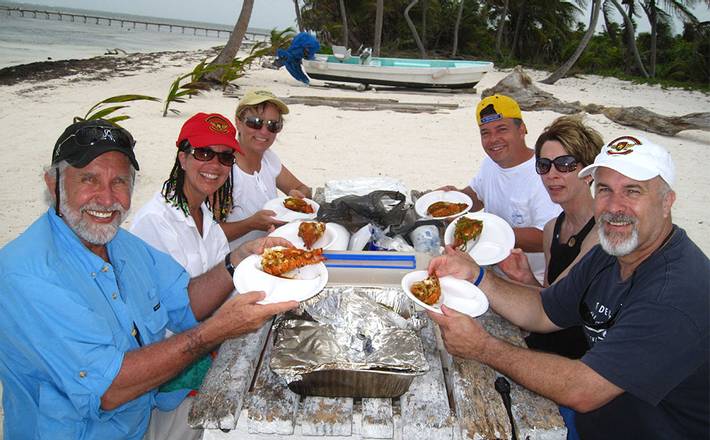 This tour takes you on an off-the-beaten path picnic on the white, sandy shore of Robles Point. To whet your appetite, your first stop will be to go snorkeling around Mexico Rocks. After you’ve had a look around underwater, you’ll get to try to catch a few fish yourself with a traditional hook or a spear — whatever you catch, you can have for lunch . 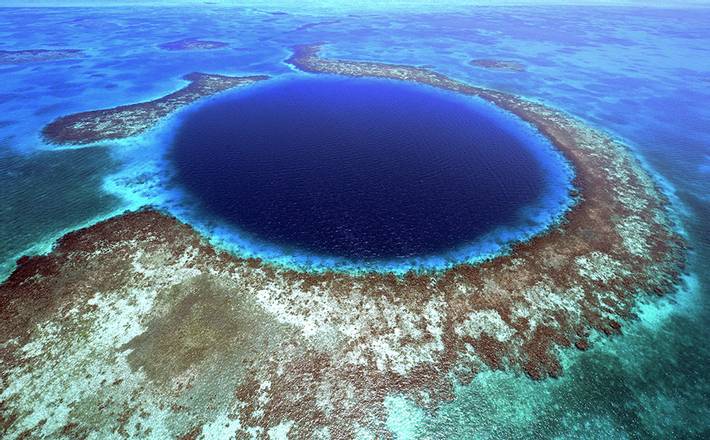 Take a tour to Belize’s most famous oceanic attraction – the gorgeous, sapphire sinkhole known as the Belize Blue Hole. This tour is purely a sightseeing tour, and while its known as a dive site, the sinkhole actually doesn’t contain much to see. It’s best known for its emptiness, which as just as easily appreciated on a boating tour. When you arrive at the reef around the hole, you'll have the chance to do some snorkeling – bring snorkeling equipment if you're interested. 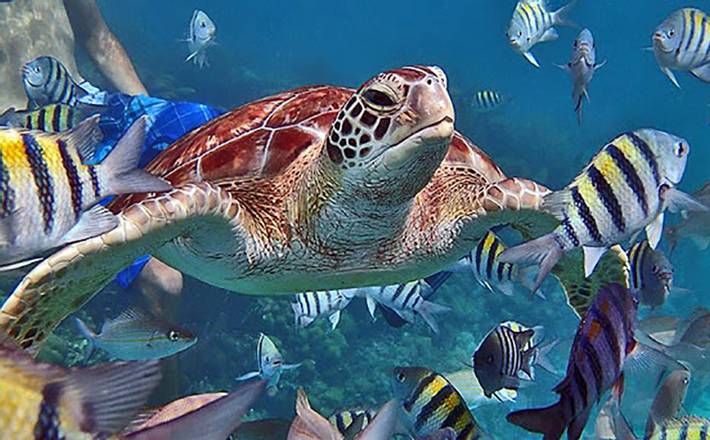 The Miss Gina, our Pro 42 dive boat, carries up to 16 divers plus crew making it an excellent choice for dive groups and can also be used for dive trips to the Turneffe Atoll. The Lady Grace, our Newton 46 dive boat, can accommodate up to 24 divers plus crew and provides a comfortable outing for those wanting to dive Jacques Couteau’s Blue Hole.