Panama’s official currency is the balboa. The rate of exchange for the balboa has always been tied to the US dollar—one dollar equals one balboa. Panama does not, however, print its own paper currency and instead uses the US dollar as legal tender. Panamanian coins come in 1, 5, 10, 25, and 50-cent pieces. They are the same size, color, and weight as U.S. coins and both are used frequently. While shopping or eating out, you may see prices with either a “$” or a “B/” before them, corresponding the dollars or balboas. They mean the same thing and have the same value.

The similarities between the United States of America and Panama do not end at currency exchange. Panama's government is very similar to that of the United States, being a constitutional democracy consisting of a President and Vice President. Though the Panamanian economy is not extremely diverse, it is enjoying healthy growth.

A portrait of the Spanish explorer Vasco Núñez de Balboa is found on the heads of most coins, while the tails is always the shield of Panama. Only the one-cent piece has someone else—it’s Urracá, an indigenous chief who fought historical battles with the conquistadors.

The following information will help you know what to expect while budgeting, buying or bargaining in Panama.

Panama is not an expensive country, especially by North American or European standards. Prices can be slightly higher than other parts of Central America, but are usually cheaper than Costa Rica.

Food is generally inexpensive. Most restaurants throughout the country serve comida corriente (set meals) for $3 to $5, although nicer establishments can be in the $10 to $20 range. Buses and taxis are also fairly cheap and only cost a few dollars.

Hotels are reasonably priced. Budget accommodations tend to cost between $15 and $25. Midrange accommodations run $50-$100, while the best hotels are priced between $100-$200 a night. Double rooms often aren’t much more expensive than single rooms. Sharing a room can significantly lower the cost of travel.

You might want to use cash when traveling in smaller towns and for day-to-day dealings such as food and tours and activities. There are banks located throughout the country that are open Monday through Saturday. During the workweek, banks are usually open from 8 AM to 3 PM, although they tend to have shorter hours on Saturday. ATMs are equally available and are definitely the easiest way to get cash – just look for the red signs that say Sistema Clave. ATMs generally accept most types of credit and debit cards (Visa, MasterCard, Amex, Cirrus, Plus) and will charge a service fee, usually around $5. The amount that you can withdrawal at one time depends on the bank, though it’s typically around $500.

If you’re coming from the United States, you won’t need to exchange money—the dollar is legal tender in Panamanian currency. Changing other foreign currencies can be difficult in Panama. You can exchange money at the Banco Nacional de Panamá in the airport. However, outside of the airport the only place you can exchange foreign currency is at a casa de cambio (exchange house). These can be difficult to find outside of Panama City.

Credit cards are often accepted in the cities, especially at nicer hotels, restaurants and stores. Smaller hotels and restaurants, however, will generally only take cash, as will taxis. The farther one gets from a city, the more difficult it is to use a credit card. Visa and MasterCard are the most widely accepted credit cards, although other cards can often be used in upscale establishments.

There are some parts of Panama where it’s impossible to use credit cards, including the Comarca de Guna Yala (the San Blas Islands) and other remote areas. It’s important to bring cash to these places and to have small bills, as larger denominations are hard to break. Some of these destinations won’t have banks or ATMs either.

Travelers checks are rarely accepted by businesses in Panama. Banks put a 45-day hold on the checks before the merchants' account is credited, so most businesses prefer to keep things simple and not accept them. Travelers checks can be cashed at some banks, although many banks will only cash American Express checks. The banks that do accept travelers checks will often charge an exchange fee—usually it’s around 1 percent of the check.

In general, travelers checks are more of hassle than they are worth. ATMs are accessible throughout Panama and are by far the simplest way to get money. 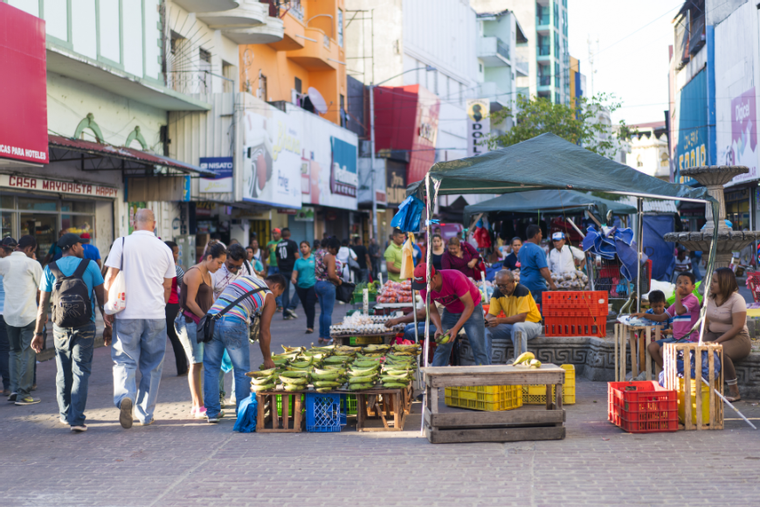 A ten percent tourism tax is added to the price of hotel rooms. There is also a 5 percent sales tax on all nonfood items and an airport departure tax of $40, although this is generally included in the price of a flight.

In most restaurants it’s typical to tip ten percent. Those who perform services – such as porters or private drivers – should also be tipped, although the amount can vary. Generally, anywhere between $0.25 and $1 is fine. You may also want to tip guides in more rural areas. Taxi drivers do not expect to be tipped.

Bargaining over prices is not widely practiced in Panama. You may be able to get a slight discount (descuento) on some items, including handicrafts, but it generally won’t be much. There can be a price reduction for buying more than one item, especially if you’re not buying retail. Ask whoever is selling the product if they’ll cut you a deal for buying two or more items.