Vietnamese food has enjoyed increasing popularity in the West. Even if you’ve tried pho and banh mi before, rest assured you’ll still find some new favorite dishes. If you’d like to try to reproduce some of Vietnam’s favorite dishes, take a cooking class and note how many secret ingredients the average Vietnamese cook has up their sleeves!

A typical night out begins with coffee, and continues at street side cafes. These cafes serve beer as well as food. If it’s too hot out for pho, order up a cool dish of bun cha; this dish has cold vermicelli noodles served alongside barbecued pork. It comes with crunchy fried spring rolls, lettuce, and shredded carrots. Douse it with fish sauce for a lightly sweet and intensely savory meal. 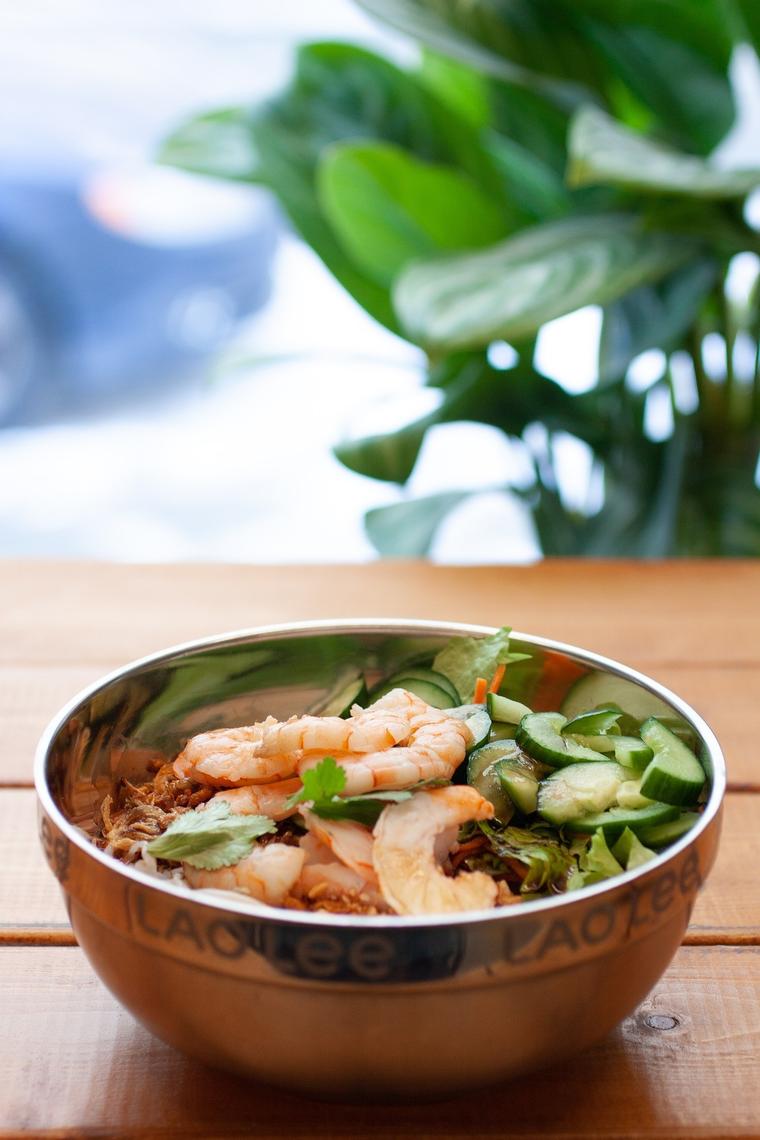 Fish sauce comes with most meals. If you haven’t tried it, don’t be afraid! The smell is much stronger than the flavor, and it’s an excellent complement to savory flavors. Dishes like spring rolls and bun cha come with small dishes of fish sauce, sweetened with sugar and spiced with hot red peppers. There are some fresh herbs that you may not have tried before, including a variety of mint called fish mint. Lemongrass and kaffir lime leaves lend a smooth, citrus note to heavier dishes.

Learn where your food comes from on a fun boat tour.

You can find fish and stewed meat on most menus. It’s often prepared and served in clay pots. Meat tends to be on the tougher side. Grilled and barbecued meats are often better quality and served with mouth-watering dipping sauces. Fish is also a safe bet — fresh out of the ocean and served alongside delicate, herbaceous flavors. Vegetarians usually have an easy time finding something to eat, since the prevalence of Buddhism means that there are usually a few meat-free dishes. 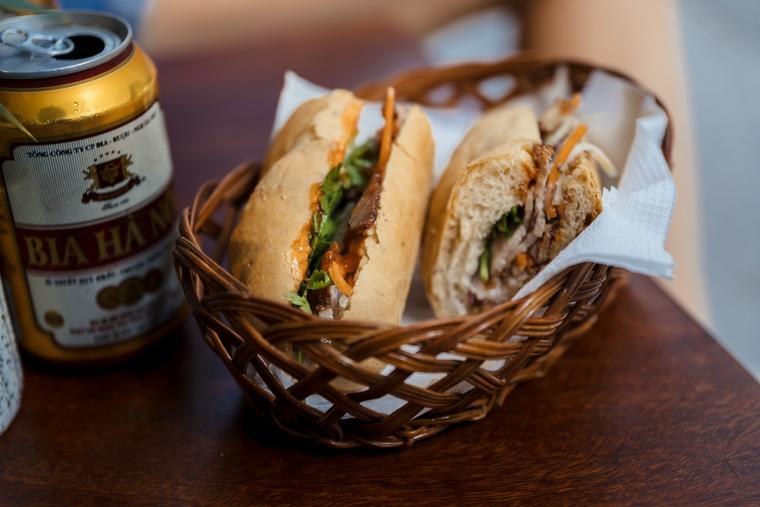 One of the best ways to experience local cuisine is at a streetside restaurant, where fancy tableware is replaced with tiny plastic stools and tables that wouldn’t look out of place at a kid’s birthday party. Atop the tables are an assortment of condiments, including chili, lime, fish sauce, and herbs that you can use to customize your food. The best rule of thumb is to sit down wherever looks busy.

Culinary tours are a great way to take the intimidation out of enjoying local cuisine and engaging with the community.

Another rule to remember is that the more choices a restaurant has on its menu, the higher the potential for a lower quality meal. Sit-down restaurants with air conditioning in busy tourist areas will usually have a long menu of both Vietnamese and international fare. Restaurants that specialize in a single dish have truly mastered their meal and won’t leave you disappointed. 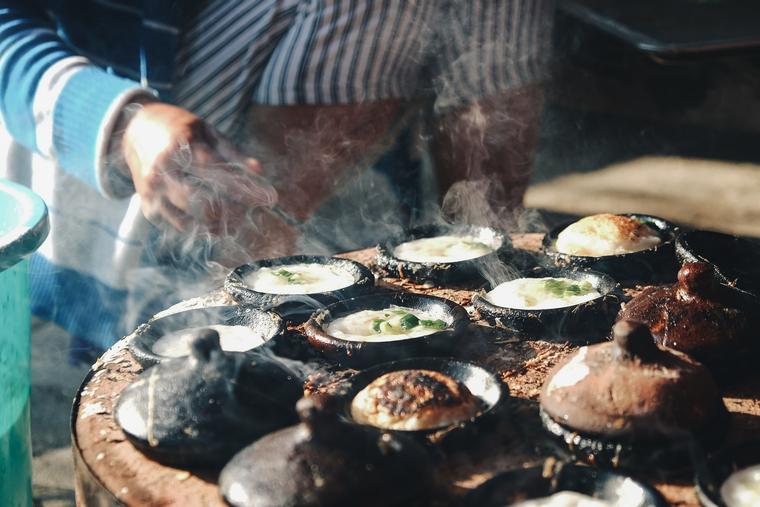 Ho Chi Minh (aka Saigon) is best known for its soups and delicate flavors. Get pho while you’re here. You may have tried this type of star anise-flavored soup at home, but the variety served in Ho Chi Minh is bound to come with unfamiliar ingredients — especially if you order it from a streetside cafe.

Hue is known for it savory Vietnamese pancakes. These thin, crispy pancakes come wrapped around shrimp. While in Hue you’ll also want to try a fig salad, made from a firm, greyish fig that has a texture similar to a mushroom. This savory salad is served atop crunchy rice crackers. Bo Bun Hue soup is named after Hue, the royal city where it originated. It has a rich, beefy broth and thick noodles.

Sa Pa doesn’t have cuisine of particular renown, but while you’re, there it’s worth trying the barbecued suckling pig. You’ll see it spinning on spits outside of restaurants, next to grills prepared for other types of veggies and meats. Meals come with their own little dishes of sauce — your waitress can tell you which sauce goes with which meat. 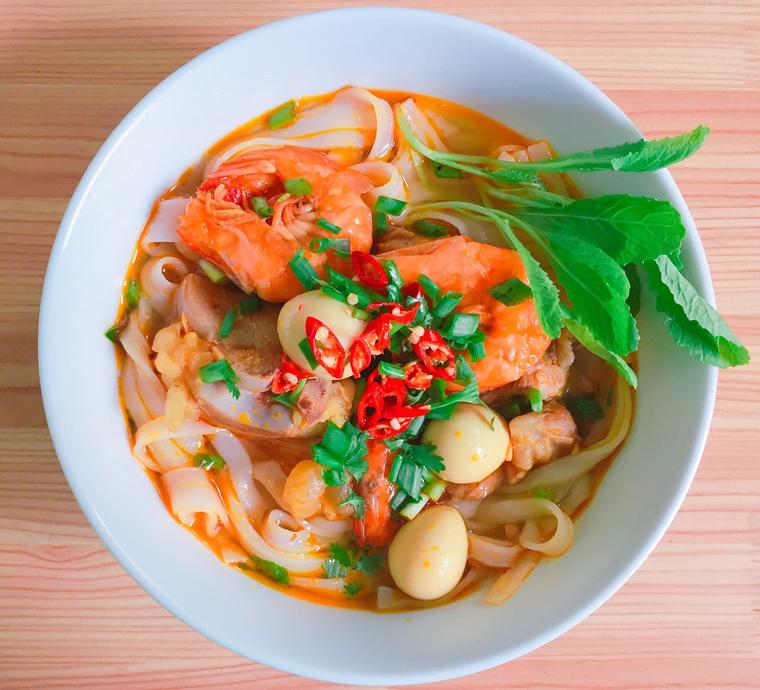 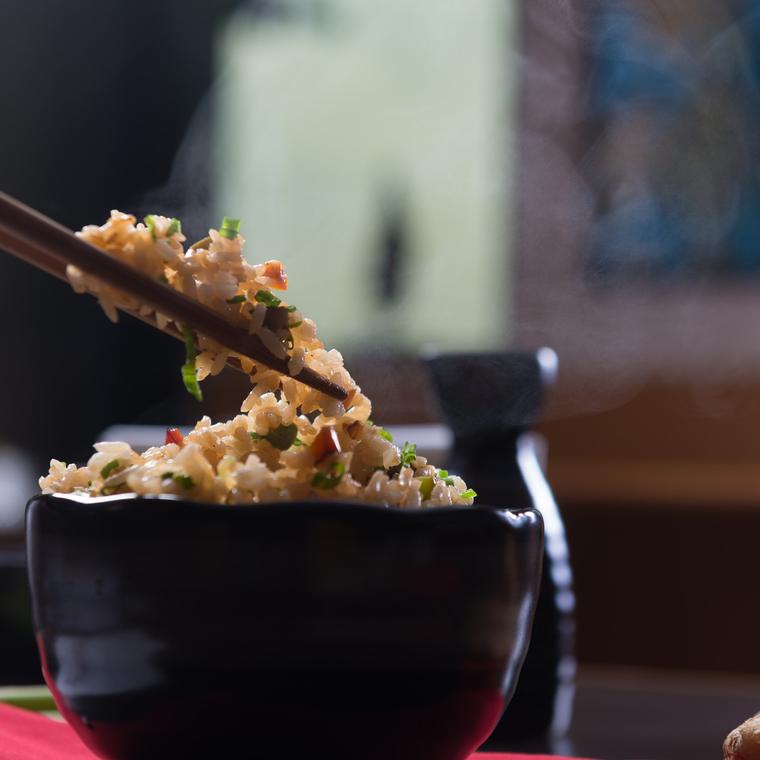 As in the rest of Asia, rice is a staple food. Rice grows well in Vietnam, especially in the Mekong Delta. You can try interesting varieties of rice while you’re here, including 'broken rice', which makes use of the imperfect grains. You’ll find the Vietnamese have a soft spot for its particular texture.

Tours of the Mekong Delta can take you to villages where guides can show you how locals prepare rice snacks, using the same technology as they have for the past hundred years. You can put rice into a blazing-hot pot and seconds later see it bubble over with puffed rice.

Watch as they expertly ladle a thick, white batter of ground rice onto hot surfaces to make thin, delicate rice paper. Hold onto your fillings when you sample the sticky candy made from boiled coconut sugar. The sugar is heated until it reaches peak stretchiness, and then gets sliced up and packaged.

Bottles of rice liquor line shelves in souvenir shops. One of the most popular versions includes a preserved snake, posed as if about to strike. According to Vietnamese tradition, this particular cocktail can increase a man’s sexual potency. Coffee grows all over the Vietnamese highlands and is actually one of the country’s biggest exports. Locals like to sip small amounts of the strong, thick brew, hot or iced. In a Vietnamese cafe, you have the choice between fresh milk or condensed milk. Condensed milk is thick and very sweet, but a definite must-try even if you don’t usually have a sweet tooth.

Ask the Vietnamese — hot coffee goes with hot weather. If you order it in a cafe, you’ll find the coffee served alongside a short glass of herbal tea. When you order an iced coffee, you’ll often find that the plastic cup is filled only halfway. Vietnamese portion sizes are smaller than in the U.S., a fact that is especially noticeable with its to-go coffees. If you haven’t tried bubble tea before, Vietnam has shops with excellent boba options. Boba are chewy little spheres of tapioca that you can slurp through a wide straw. Besides boba, you can also find other gummy “bottoms” to add to your tea. Be adventurous! Although milky tea is the most common drink to have with bobas, you can also try it with fresh juice and iced coffee.

Nothing cuts through Vietnamese humidity like an ice-cold local bía (beer). Lagers are very popular in Vietnam, and many cities have their own local brew — your itinerary will probably give you the chance to try Hanoi Bia, Saigon Bia, and Hue Bia. Heineken has a brewery in Vietnam where it manufactures the popular Tiger Beer.

When the sun sets, grabbing a cold drink is just the start of enjoying city nightlife.

Besides beer, rice wine is the most popular alcoholic beverage. Rice wine is strong liquor — the flavor is reminiscent of sake, but a bit rougher around the edges. It is typically drunk as a shot, along with a loud cheer. In rest stops, you can find rice wine that is flavored with fruits like winter melon and banana. Cocktails are considered a western novelty, and only bars that cater to Westerners will offer mixed drinks.

Does Vietnam Have Good Seafood?

With such a long coastline you can enjoy delicious, fresh seafood all across Vietnam. The best places to try it are in large coastal cities like Da Nang and Nha Trang, but seafood is enjoyed across the country too. You’ll certainly want to try seafood BBQ in Halong Bay and islands like Phu Quoc and Con Dao.

Does Vietnam Have Vegetarian Food?

While meat is common in most classic Vietnamese dishes, there are plenty of vegetarian options. Many Buddhists in Vietnam will eat vegetarian food on certain days so there are many great local vegetarian restaurants — especially in Hanoi, Hoi An, and Ho Chi Minh. Buffet meals are also a good option as they have a wide variety of vegetable and rice dishes to choose from. Fresh tropical fruit is widely available and makes a good snack.

You’ve probably heard of pho, the fragrant soup made of stewed beef bones and spices. Other noodle dishes like bun bo hue and bun cha are also worth your attention — bo bun hue has a hearty beef broth and a thick noodle, and bun cha gets its umami-heavy kick from fish sauce. You’ll see unusual cuts of meat added to soup, like tripe and blood cake. Meals always come served with a nice variety of condiments — hot peppers, fresh herbs, and fish sauce are among the most common. Meals are typically served with lots of fresh vegetables, which nicely compliments the fried-to-a-crisp spring rolls.

Rice grows well in Southeast Asia, and it’s a staple food. Vermicelli noodles — the noodles in pho and bun cha — are made from rice. Rice wine is a popular shot, taken with a few boisterous toasts.

Dessert is Vietnam is often simply a platter of fresh fruit. Sweet treats like pastries and flan have evolved from the influence of the French and bakeries can be found even in smaller towns. Sweet street snacks include fried dough balls, glutinous rice, and coconut ice cream.

How Much Should I Tip After a Meal in Vietnam?

Tipping is not customary in Vietnam and will be met with confusion in most small family-run restaurants. You may still consider leaving a tip for exceptional service. More expensive restaurants that cater to visitors are accustomed to tipping and some will even add a service charge to bills.

What Kinds of Alcohol Are Available in Vietnam?

Vietnam probably has some of the most affordable alcoholic beverages in the world, with a glass of fresh beer (preservative free) that costs less than 30 cents! You can enjoy this particular style of beer in large beer houses with the name "Bia Hoi" in the title. They usually sell fantastic food too. Drinking culture is quite different in Vietnam than it is in the west. Most places don’t serve wine, and cocktails are considered a western novelty. If those are your drinks of choice, you can expect to find them in upscale hotels and resorts that cater to an international crowd. While you’re out and about, try local beer and rice wine brews.

Beer, or “bia” ast they say in Vietnam, is one of the country’s most common alcoholic beverages. Hanoi, Ho Chi Minh, and Hue all make their own domestic beers. (Ho Chi Minh beer goes by the city’s old name, Saigon.) These are all lager-style beers, with relatively low ABV — typically around 4 percent. Heineken also owns Tiger beer, another popular lager.

Rice wine is a traditional drink, and one that’s typically homemade. It’s quite easy to make — the recipe is simply cooked sticky rice fermented with yeast. Homestays are a good place to try this potent beverage.

Based on 528 reviews
Trustpilot
Amazing holidays, the most helpful team of people!
Amazing travel company to work with. We have had two incredible family trips with to Costa Rica and Vietnam, travelling ...
Jan 06, 2020
– Caroline .