This tour takes you to Incapirca Complex, Ecuador’s best-preserved and most important Inca site. On the way, you’ll get to explore many more points of cultural interest in the Cañar province.

Ingapirca is a Quichua word meaning “Inca Wall.” But there’s much more to this complex than a wall. The Cañari – a culture that became a prominent in the Ecuadorian Andes during the 6th century – built the original structure. Archeologists believe that their building may have served as a temple, or an observatory. In the 16th century, the Inca arrived and turned the site into a small fortress. There is a museum on the grounds where you can read more about the cultural history of the site.

On your tour, you’ll see the elliptical platform that archeologists believed the Inca used as a Temple to the Sun. It is also referred to as El Castillo, which translates to “The Castle.” This is a stunning example of Inca stonework, built with stones that fit together so perfectly the Inca builders did not require mortar.

Near the southern end of the complex you’ll see Plaza Pilaloma. Buried beneath the Plaza, archeologists discovered the tomb of a high-status woman, who was accompanied into the afterlife by ten other individuals. This grave dates back to well before the Inca, to sometime around the 800s.

On the east side of the complex, archeologists uncovered a series of rooms that the Inca used as workshops. In these rooms, Inca workers produced the goods that the Inca elite needed.

Your trip to Ingapirca will include stops at some of the lovely villages in the area. In the town of Azogues, you’ll see a straw market where craftsmen buy the material they need to make Panama hats. The town of Biblián is known for its visually striking cathedral, which appears to be carved from the rocky face of the mountain. Locals revere this house of worship because of the miracles attributed to the Virgin of Biblián. 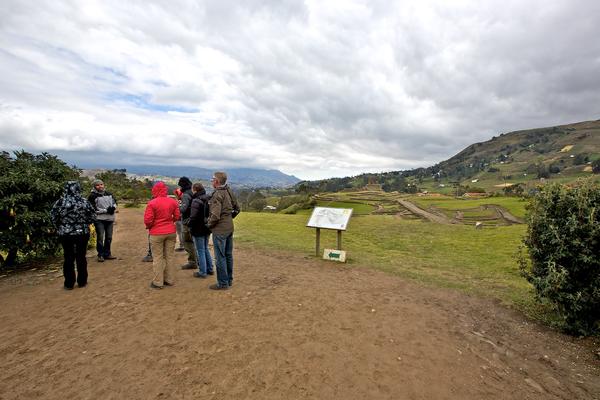 As one of the most prominent Inca sites in Ecuador, Ingapirca is a great way to see and learn about the great empire that once ruled throughout the Andes. While you’re in Cuenca, get the most out of the local artisan scene with a full-day tour of the nearby villages of Gualaceo and Chordeleg. Each of these towns is located in the mountains that surround Cuenca, about an hour outside of the city. 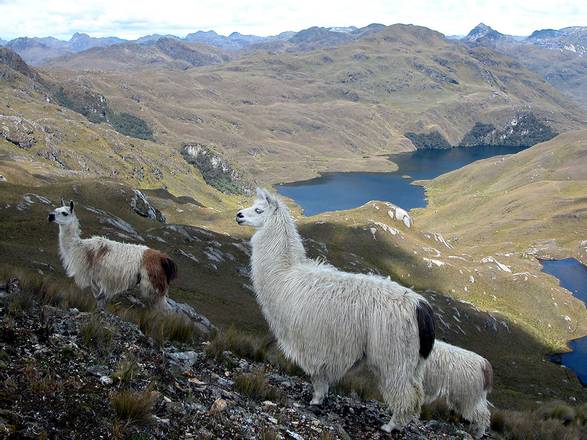 Cajas National Park covers 70,000 acres of protected Ecuadorian wilderness, and is located a 30-minute drive outside of Cuenca. This park has 235 lakes, and is the largest reservoir in Ecuador.