The charming city of La Antigua is situated in a lush highland valley and surrounded by the cones of three volcanoes. As its name implies (Antigua means old in Spanish), this is a historic city. It was the former capital of Guatemala until an earthquake destroyed it in 1773. Following this disaster, the capital was moved to its current site at Guatemala City, but the ruins (and some of the people) of Antigua stayed put. These days, Antigua is a UNESCO World Heritage Site and one of the country’s foremost tourist destinations.

Antigua is located 28 miles (45 km) west of Guatemala City. The 12,325-foot (3,750-m) Agua Volcano flanks the southern end of the city, while the massive 13,900-foot (4,235-m) Acatenango Volcano and the active Fuego Volcano are set to the west. The surrounding hillsides are lovely and provide excellent recreational opportunities, including mountain biking and hiking. Positioned just under 5,000 feet (1,500 m), the climate here is pleasant—the days are warm and the nights are cool (but not cold).

To truly appreciate Antigua, it’s helpful to understand its past. Antigua was the third capital of Guatemala, established after an earthquake and subsequent mudflow destroyed Ciudad Vieja. Antigua was officially established on March 10, 1543.

No stranger to natural disasters, the citizens of Antigua suffered an earthquake only 20 years after the city’s founding. Another earthquake, this one in 1717, helped fuel a huge building boom that allowed the city reach its peak during the mid-18th century—around 60,000 people lived here at this time. While under Spanish rule, Antigua had comparable economic, political and culture importance to Mexico City and Lima, Peru. It was a pretty impressive place—one of the hemisphere’s first universities was here, as was the first printing press in all of Central America.

All of this came to an abrupt end in 1773 when the city was hit by a series of earthquakes. The damage was bad enough that officials decided to move the capital the following year to its present location in modern-day Guatemala City. Many residents refused to leave, however, and occupied the ruins as squatters. As the 19th century developed, Antigua’s buildings were restored and the population grew, thanks in part to money made on nearby coffee plantations.

Antigua was declared a national monument in 1944 and a UNESCO World Heritage Site in 1979. The National Council for the Protection of Antigua Guatemala is working hard to conserve the city’s historic buildings and colonial architecture.

Antigua’s highlights – which include churches, parks, and museums – are fascinating and easy to visit. Many of the sights are reasonably close together.

Antigua’s central plaza, Parque Central, is a hub of color and activity. Ice cream vendors stroll alongside travelers and local children. Park benches beneath big, shady trees provide a nice place to escape the sun and watch the procession of people.

On the north side of the plaza is the Palacio de Ayuntamiento, which once functioned as a town hall but today houses the town’s municipal offices and a museum. The Palacio de los Capitanes Generales, which dates back to 1558 and was once the seat of government for the whole Central American territory, frames the south end of the plaza.

The large Catedral de Santiago dominates the eastern side of the plaza. The cathedral was originally built in 1545, but came crashing down in an earthquake in 1583 and had to be rebuilt in 1670. Portions of the church succumbed to the earthquake of 1773. The modern version consists of two restored chambers and some moss-covered ruins.

Three blocks north of Parque Central is the Santa Catalina archway. The remnants of a convent that was founded in 1609, the archway is now one of Antigua’s most recognizable (and photographed) sites. Peering south through the arch you can enjoy an unobstructed view of the Agua Volcano. The original arch allowed the nuns to cross the street to the other side of the convent without coming into contact with the general population. The original structure was damaged in the 1773 earthquake; the current version is a reconstruction that dates back to the 19th century.

A number of churches and monasteries are scattered throughout Antigua. The best of these is perhaps Iglesia y Convento de las Capuchinas. Established by the Capuchin nuns from Madrid, the church was destroyed in the 1773 earthquake and subsequently abandoned. Restoration began in 1943 and continues to this day. It’s one of the city’s more elegant convents and gives travelers a good look at colonial Latin American architecture. Other churches and convents in Antigua include the Santa Clara Convent, the church of San Francisco, and the church and convent of La Merced.

If you’re feeling inclined to learn a little about the city’s past, you can visit one of the several museums in town. The best is inside the Casa Santo Domingo hotel. Here you’ll find a colonial museum with Catholic relics, an archaeological museum, a monastery church that was restored in the 1990, and two crypts.

A good way to get a lay of the land in Antigua is to visit the Cerro de La Cruz, a hill to the north of town that’s fitted with a huge stone cross. There are sweeping views of the city and the Agua Volcano from up here. Robberies were once an issue, but the tourism police now escort visitors to the top and have effectively ended the hill’s crime.

If you’re looking to explore the surrounding area more fully, there are plenty of options. There are miles of trails in the nearby mountains that are perfect for hiking and mountain biking. The scenery is great and the views are fantastic. A majority of the hiking is done on the volcanoes that tower over Antigua. The Agua Volcano is one of the most popular hikes—it’s close to town, has steep slopes, and a nice crater. The Acatenango Volcano has two craters and has awesome views of the Fuego Volcano.

As far as food goes, the city has a variety of excellent restaurants. The eclectic mix serves all manner of fare, including international, Mexican, Italian, Guatemalan, and more. There are several well-established fine dining options, as well as some tasty local joints.

Antigua is also one of the country’s best places to shop. The assorted shops carry quality items, some of which are hard to find elsewhere in Guatemala. Search for jewelry, clothing, textiles and more while in Antigua.

Antigua Things to Do

Check out more tours and activities in Antigua. 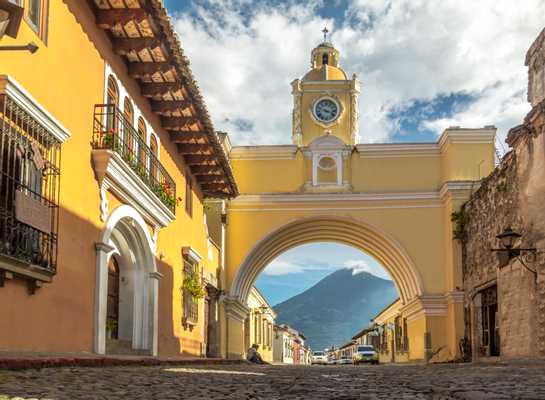 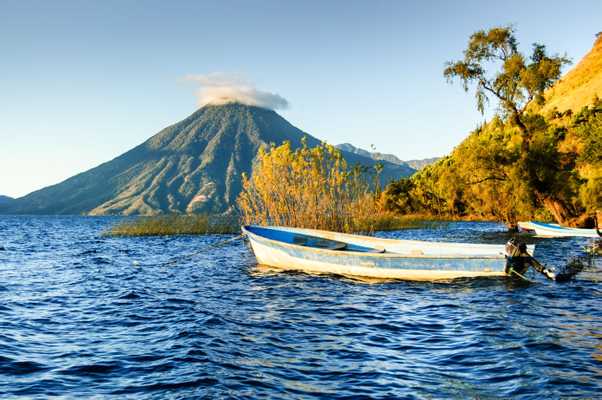 Guatemala
On the Shores of Atitlán

Customer Reviewed We were looking to celebrate my partner’s 50th birthday. Lake Atitlán blew our minds. It is one of the most beautiful places we've seen. 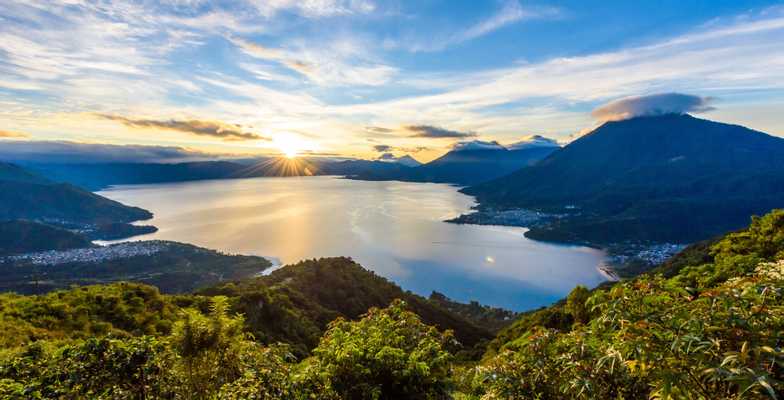 Customer Reviewed My wife and I thoroughly enjoyed this lakeside getaway by Lake Atitlan. We stayed in amazing places and will be using Anywhere again as we explore more of Central America!