The US dollar is widely accepted in Guatemala, but it is still recommended to have Guatemalan quetzals on hand at all times. It can be difficult to break larger bills (like Q100) in smaller towns and at local restaurants—for this reason it is always a good idea to keep some smaller bills in your wallet.

The country boasts the largest economy in all of Central America, and though the government is not without its issues, it is stable. Guatemala's government and economy should cause you no concern when you plan your trip to this beautiful nation.

Guatemala is one of the most affordable countries in Central America. You can travel very cheaply or spend a little more and live in real comfort or luxury. Budget travelers can get by on as little as $20 a day, while $70 a day will allow you to travel reasonably well. In tourism destinations, things tend to be slightly more expensive, although there are usually inexpensive hotels and restaurants here as well.

Cheap restaurants, known as comedores, sell meals for under $5. In nicer restaurants, expect to pay $10–20. Snacks and fruit are very cheap. Traveling as a couple is usually cheaper than traveling alone, as there generally isn’t a significant price difference between single and double rooms. There are plenty of affordable tours and educational experiences for a family vacation for all ages. 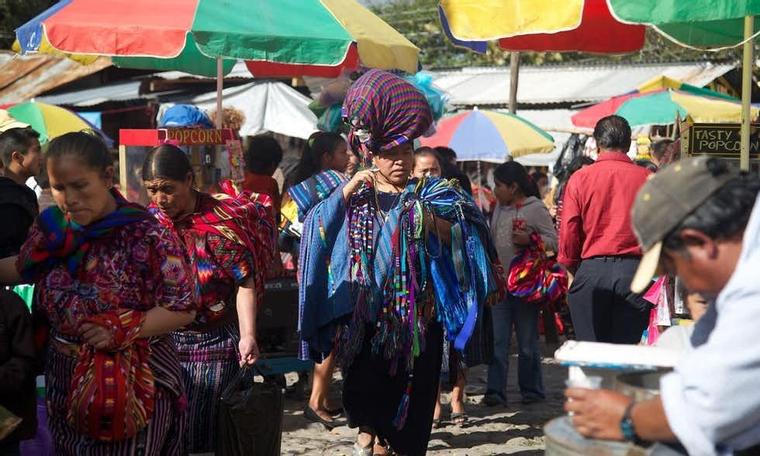 Banks are fairly widespread in Guatemala. Most keep long hours and are secured by armed guards. Banks are often open from 9 A.M.–6 P.M. Monday through Friday, and from 9 A.M.–1 P.M. on Saturday.

ATMs are available throughout most of Guatemala and are easily accessible for international travelers. It is recommended that you have some cash for everday spending like food, tipping, or tours and activities. ATMs usually charge a fee for foreign credit and debit cards. It’s a good idea to notify your bank in advance and tell them that you’ll be traveling—if they don’t know you’ll be out of the country and see a withdrawal abroad, they may put a hold on your account.

Exchanging money and travelers checks at banks in Guatemala is fairly easy. You’ll be asked to show proof of identification (a passport or passport copy is best). In border areas, you may be approached by money changers who may have better rates than banks. It is safe to change your money with them, but try to only exchange what you need for the next day or so.

Credit cards are increasingly being accepted throughout Guatemala. Even so, they are still mainly only accepted in larger cities, major tourist destinations, and at upscale hotels, restaurants, and shops. Smaller businesses may charge a fee (usually 7–10 percent) to offset the amount that they are charged by the credit card companies. Visa and MasterCard are the most widely accepted credit cards.

Travelers checks are a safe way to carry money abroad, but in Guatemala you’ll only be able to cash them in cities and at tourist destinations that have full-service banks. American Express is the most widely accepted kind of travelers check, but even with these, you still may have to show a receipt from your original purchase.

If you run short on cash while traveling in Guatemala, you may be able to have money sent to you via a wire transfer. Many businesses and banks in Guatemala are affiliates of Western Union and can accept wire transfers. The fees for these services are high, however, and you often get a poor exchange rate for the money.

At small comedores, tipping is optional but it’s common practice to leave some spare change. At nicer restaurants a 10 percent tip may be automatically added to your bill. Tour guides are usually tipped 10 percent.

What Kinds of Gifts and Souvenirs Can I Find in Guatemala?

A variety of handicrafts and souvenirs can be found in Guatemala. Some of the best can be found at local markets, like those in Santiago Atitlán, Chichicastenango and Todos Santos Cuchumatán. Here you'll find a range of souvenirs, including jade jewelry, pottery, fabrics, wooden masks, and textiles. Guatemala is particularly well known for its weavings and fabrics.In more touristy places, like Panajachel and Lívingston, you'll find stalls along the streets selling necklaces, bracelets, t-shirts and more.

In most markets it's acceptable (and even encouraged) to bargain, so don't be afraid to ask for the vendor's best price.

Should I Leave Tips in Guatemala?

After eating at a restaurant, leave a ten percent tip. You should also tip people that provide you with some service, such as porters who carry your luggage at a hotel. Most of the time it’s fine to just tip a quetzal or two. Tipping a tour guide is at your discretion. Taxi drivers do not expect a tip.

Are Traveler's Checks Accepted in Guatemala?

Traveler's checks can only be cashed in cities and at tourist destinations where full-service banks exist. American Express is the most widely accepted type of traveler's checks.

Are Credit Cards Accepted in Guatemala?

Credit cards are becoming more widely used in Guatemala, especially in upscale hotels, urban centers, nice restaurants, and major tourist attractions. Smaller shops may accept credit cards but will charge a fee, usually around 7 to 10 percent of the transaction amount. Visa and MasterCard are the most widely accepted credit cards in Guatemala.Small stores, supermarkets, and restaurants will only acept cash. Before traveling abroad, we recommended contacting your bank to let them know where you will be traveling. This way your bank won’t freeze your credit card when it sees transactions made in a foreign country. It is also advisable to check with your credit card company to see if there are additional charges for international transactions, including ATM fees.

Where Can I Exchange Money in Guatemala?

You can exchange money at banks. It's a fairly simple and straightforward process, although you will be asked to show your passport (or a photocopy) to do so.You may be approached by money changers at border areas. They typically offer better rates than banks. It's usually safe to exchange your money with them, but it's advisable to only exchange what you need for the next day or two. It's never a good idea to pull out a stack of money in public.

Another option is to pull money directly from an ATM. You'll be charged a small fee from your bank, but you won't have to go through the hassle of changing money.

How Much Are Meals, Drinks, Taxis and Other Daily Expenses in Guatemala?

Guatemala is fairly inexpensive. Travelers from North America or Europe will find Guatemala cheap, while South American or Central American travelers will find the prices comparable. That said, how much you spend here depends on how you want to travel. If you’re into upscale accommodations and fancier restaurants, your travel bill will be much larger than the budget traveler staying in dorm rooms and eating at comedores (local restaurants). Even so, the most lavish hotels in Guatemala are still affordable by some standards.A typical breakfast at a local restaurant will cost between $2-5. Lunch is similar, but may be a dollar or two more expensive. Dinner at a local eatery is usually about $6-7.

Meals at restaurants catered towards tourists will be more expensive and usually cost between $10-20. Buying a beer in a local restaurant or bar will cost you $1-2, but better bars can charge double or triple that amount. A bottle of water costs a little less than $1. Taxi rides are inexpensive and within most places shouldn’t be more than a few dollars, unless you’re going far. Small souvenirs go for under $10, larger ones for $20.

How Much Cash Should I Carry in Guatemala?

The amount of cash you should carry depends on what you plan to do. If you envision a day of eating at better restaurants and buying souvenirs, you’ll want $75-150 per person. However, if you'll be eating brakfast at your hotel and don't plan on doing much, $50-75 should be sufficient.Dollars can be used at most places, although in smaller restaurants and when hiring local transportation (like tuk tuks) you'll want to use quetzales. Having small bills is always helpful.

Are There Tourist Taxes in Guatemala?

Can I Bargain In Guatemala?

You can often bargain at markets and in shops on the street. For example, if you were purchasing handicrafts or fruit at an outdoor marketplace, it would be acceptable (and even expected) to bargain here. However, it is not common practice to bargain in restaurants, hotels, or stores.